Bruce Bickford was born in 1947 in Seattle Washington and works primarily in clay animation. He graduated from high school in 1965; and engaged in military service from 1966 to 1969. Upon his return he resumed animation, and did his first line animation in 1970. From 1974 to 1980 he collaborated with Frank Zappa. Bickford's animation was featured extensively in the Frank Zappa videos Baby Snakes and The Dub Room Special. Zappa also released a video titled The Amazing Mr. Bickford, which was entirely composed of Bickford animations set to a soundtrack of Zappa's orchestral music.

Bickford's animations depict surreal scenes based on his unique worldview. Often outwardly seeming to be somewhat disconnected from the world around him, Bruce Bickford's work is extremely subjective in its content and concepts, making for some disturbing and shocking imagery. Much of his video work depicted fast-moving, fluid-like transformations of human figures and disfigured faces into odd beasts on surreal structural settings with impressive camera effects (moving around within his stop-motion animation).

In regards to the poster, it's an homage to the 1953 Disney animated classic Peter Pan. You can see the clouds there crossing the moon which resembles the pirate ship sailing through the sky beneath the moon. Below there you see the family with the girl sleeping on the banister of the balcony, she's dreaming of Neverland. Over to the left, you see a frustrated Venice beach blues guitarist. Down across the frame, a figure that you see on a little flying carpet with flaming hair. His name is Matchstick Man and he lives in the uplands. The uplands is a place like Neverland except that the uplands is a real place.

Acquiring a film camera as a teenager, Bickford began experimenting with modeling clay and a primitive stop-motion animation technique (what is called "clay animation") -- a labor-intensive process that Bickford is rightly considered both a pioneer and master of. He gained his initial cult-status fame by animating various 1970s Frank Zappa films (for which Bickford is considered a father of the subsequent music-video revolution), but his most highly regarded piece is the masterful and award-winning 1988 feature Prometheus' Garden. Bickford's work has also been highlighted in Zappa's 1990 The Amazing Mr. Bickford film; exhibited at the Seattle Art Museum; and featured in the 1994 history book Clay Animation: American Highlights 1908 to the Present, the 1995 film The Clay Spirit, and two bio-documentary films, 2004's award-winning Monster Road and 2008's Luck of a Foghorn. 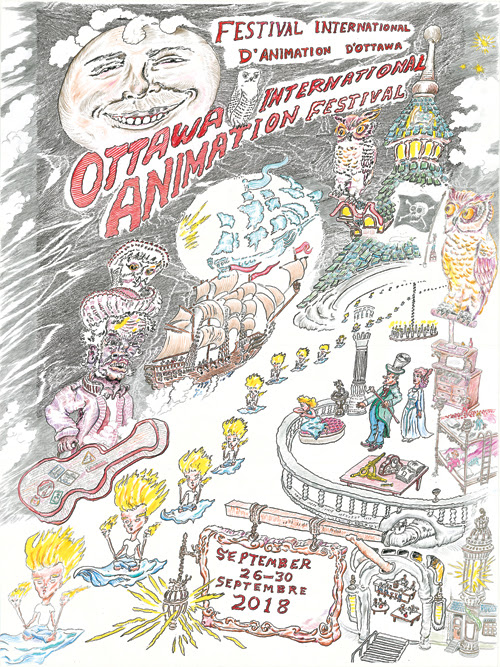 Ottawa International Animation Festival will take place from 26 to 30 September 2018 in Ottawa.