Ingrid Olderock (1944-2001) was a Chilean torturer under Chile's military dictatorship (1973-1990), working at DINA secret agency, and known as 'The Woman of the Dogs' or 'the woman with only one facial expression'. 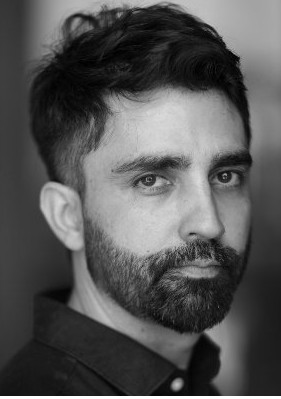 Hugo Covarrubias is a Chilean puppet animator and director, graphics designer, and puppet theatre programmer (he founded the Meliza puppet theater in Santiago). The ways of the two characters met in the Oscar-nominated stop-motion film, 'Bestia' (winning numerous awards and accolades in various festivals so far).

At this year's StopTrik Festival (Maribor, Slovenia, 28/9 - 2/10), Hugo Covarrubias was present to explain the process and the why behind this film, which, as the event organizer Michał "Bobrowski aptly denotes, is 'emotionally intense'.

But so is his previous, 2013 stop-motion short 'The Night Face Up', another stop-motion story between reality and nightmares, and an adaptation of a short story by Julio Cortázar: a young man suffers a motorcycle accident and is taken to the hospital. Forced to sleep on his back, he has constant nightmares of Aztecs and the "Flower war".

The constant back and forth between the two worlds would suggest a very carefully thought out plan, yet still the editing is not concluded at the level of the scene breakdown, but it comes much later. 'I'm not married to the script', Covarrubias states, being interested in all kinds of processes (and making a lot of the animation and being involved in all creative aspects of his work).

In 'Bestia', a film that has a real ceramic porcelain character as the main culprit, with a short mouth as a Chilean Sphinx, ambiguity gives way to directorial new decisions in the making of the film. The hole in the character's head connects past and present, experiences, and nightmares; but there are other world-transitioning experiences that only became possible at the level of shooting (all hand-made), such as the bullet that penetrates the wall and the house. Hugo Covarrubias had his own nightmares when shooting the film (but not included in the final version).

'I did have dreams of dogs biting me' he tells Zippy Frames, a reference to another beast, which plays a crucial role in the film.

The Oscar-nominated director, who did the initial drawings for the character, relied much on his collaborators still (art director Constanza Wette, character designer Pablo Castillo, face constructors Andrés Cepeda and Enrique Tapia, costume designer Cecilia Toro and animator Matías Delgado). But ultimately it might have helped that Covarrubias himself knows first-hand both the theatrical and cinematic experience (he worked as a cinema projectionist when he was young). He treats his characters like the first potential audience member -apart from being their director.

So, we shouldn't expect any empathy between such a negatively charged character, such as Ingrid Olderock and the director himself -we don't have a relationship between the creator and their creation here. In fact, the name of the real Ingrid and the events won't even be referred to in the film itself.

'I wanted to show the evilness itself, apart from the particular political events', Covarrubias elaborates. Even though Olderock up to her last days claimed that she only 'followed orders' and was a victim of the circumstances, it is clear in both the aesthetics and the narrative of 'Bestia' that the stiffness of character is 100% intentional.

'Bestia' has had a lot of publicity in all sorts of ways in the festival circuit, yet its viewing at StopTrik Festival reveals again its freshness and relevance (and power). Still, Covarrubias may have control over his artistic ideas, yet the process is what matters for him -and flexibility goes hand in hand with intentions.