The Ottawa International Animation Festival (OIAF) announced the winners of its 2016 Official Competition at an awards ceremony held at Saint Brigid's Centre for the Arts. This year, the OIAF received a total of 2311 entries from 86 different countries. Of those, 80 short films and 7 feature films were chosen for competition.

The Nelvana Grand Prize for Independent Short went to Diane Obomsawin for J' aime les filles (I LIKE GIRLS), a colourful series of narratives where women recount the discovery of homosexual desire in short, sweet vignettes.

We were delighted by the charming coming of age tales, told from different perspectives. The vignettes were strong. The design and colours were excellent. Simple, lovely animation.

Bulgarian/Canadian animation director Theodore Ushev left Ottawa with two awards for his engrossing Blind Vaysha story, the gilrl who had two eyes, one for the past and the other one for the future. The first one was for Best Narrative Short Animation,  for his beautiful retelling of an old world tale with contemporary relevance, and the second one from the Canadian Film Institute (Best Canadian Film).

Japanese animator Ryo Orikasa won the Best Experimental / Abstract animation award for his Datum Point, the jury commenting on the visceral quality of the granularity of the sound and medium.

Evgenia Gostrer with her film Frankfurter Str. 99a  won the Best Graduation Award. A garbage man on his daily routine. A cat on her stray throught the streets. A meeting during the lunch break. The master of object animation PES won for his Honda "Paper" commissioned film:

The Estonian Sander Joon won the best technique award (and the jury commented his use of perspective) in the bike race drama Velodrool.

JURY: "Loved the texture. The granularity of the sound and medium had a visceral quality. Poetic beauty and integration of text, texture and sound. It was mysterious. I don't know what it was... but I was moved."

JURY: "Subtle but very beautiful. Surprising narrative and emotional impact was achieved by minimalist technique ... a touching story about everyday life of a member of society that is often invisible."

JURY: "A tour de force. The handmade qualities stood out. Appreciated the complex planning and execution of this brilliant piece."

Jury: Inventive use of perspective. Great sight gags - unique and not your typical go-to. Does what animation does best - transforms. Loved the sparse colours and design."

Jury:  "Powerful, dramatic, enveloping, moving. Surprising developments for this piece: We found ourselves enveloped in the perfect marriage of sound and picture. Dramatic as the sounds and story moved. Pleasantly surprised that it was the body was made of sugar." 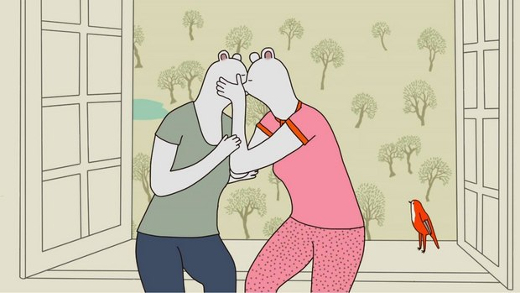 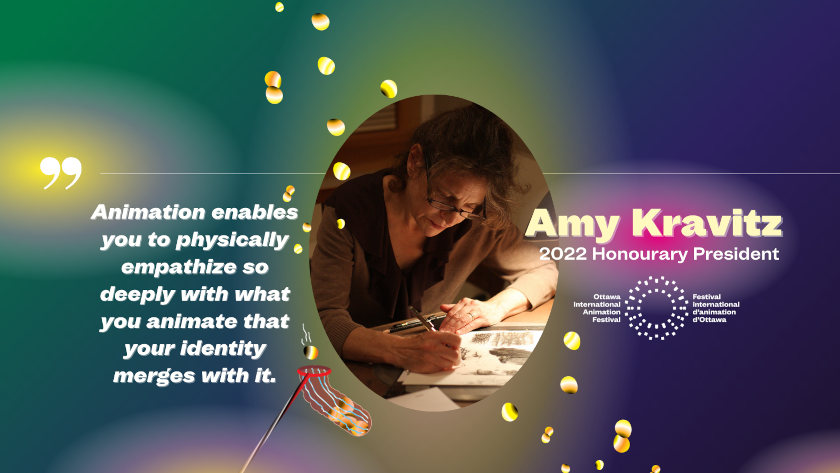