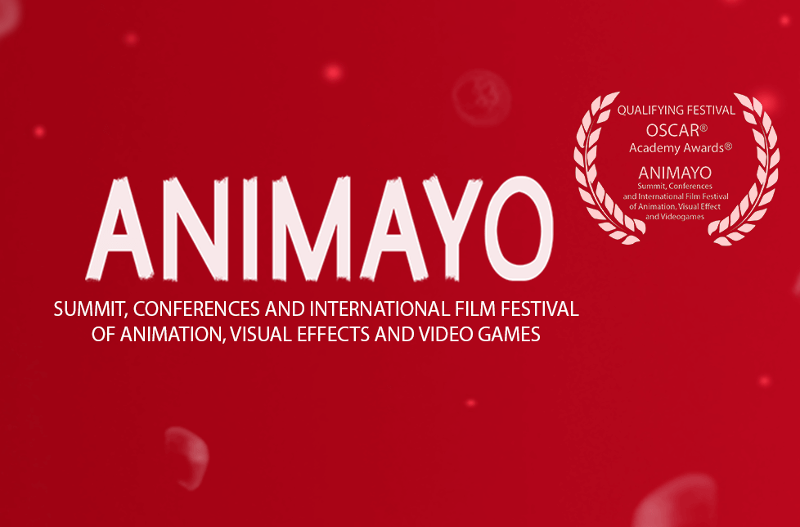 Animayo is an inspirational event that was born in 2006, directed by the Spanish director and producer Damián Perea, who was one of the first ambassadors of Spain of the European Animation Émile Awards and a member of the European Academy of Cinematography (EAA).

Animayo winners qualify for the Academy Awards (Best Short Animation Film), both in the international category and the Spanish-language competition

The Eighteenth International Summit ANIMAYO 2023 has opened its call for entries and invites you to be part of the new edition of the event. It will be held onsite 2023.
May participate people older than 18 years and animation studios, of any nationality that complies with the requirements established in the Official Rules and the technical standards that are presented in their future exhibition.

Maximum duration: 30 minutes. Films produced after 2021 (and not previously presented in previous Animayo editions) are eligible.

The International Jury will award, on a mandatory basis, the category:
• '"Grand Jury Prize" (winning work of the Festival and pre-selected for the Oscar® Awards).
• The Jury of the Spanish-language Animation Category - Animación con Ñ, (pre-selected for the Oscar® Awards), will decide on the awarding of the "Best Spanish-language Short Film - Animación con Ñ".
• Jury in the category of Cinemagraphs, Music Videos, and Advertising (Commissioners), shall declare winners in the following categories:
• Best Video Game Cinematics
• Best Music Video
• Best Advertising (Commissioner)
In addition, the Selection Committee reserves the possibility of awarding Special Mentions of the Festival in case it deems it appropriate. On the other hand, Damián Perea, director and producer of the Animayo Festival, reserves the possibility of awarding a prize called the "Director's Award”.

For any questions or additional information, please feel free to send an email to