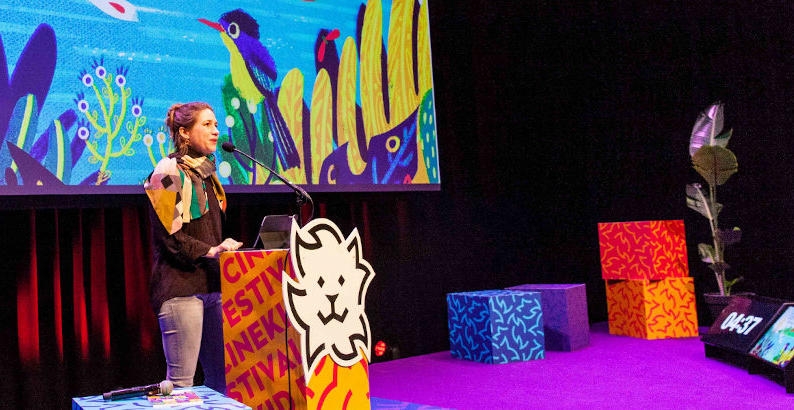 The Junior Co-production Market is an integrated two-day co-production market that enables financiers, broadcasters and producers to assess new and innovative children's projects across the film and television sectors.

The integrated market reflects the high degree of interactivity and potential for cross-financing across these sectors. All the projects will be presented within a unique and nurturing environment designed to encourage international cooperation. The market starts with a public pitch of all the projects followed by one and a half days of one-on-one meetings.

We accept feature film and serial productions in development from all over the world. During the Junior Co-production Market, two major awards will be handed out: the Eurimages Co-production Development Award (€20.000) and the Filmmore Post-production Award (€5.000).

Cinekid for Professionals has selected 20 children’s film and television projects-in-development from 19 countries around the world for its Junior Co-production Market (JCM), to be held online 22-23 October 2020 during the Cinekid Festival.

Awards
At JCM two prizes will be handed out. The prestigious Eurimages Co-Production Development Award (€20.000 in cash) will be given to the best eligible film project with European co-production potential. The Filmmore Post-Production Award will be awarded to the best live-action project of the Junior Co-Production Market. This prize is designed to stimulate collaboration with the Dutch Visual Effects & Post Production lab Filmmore. The award, which comes with a €5.000 prize, forms an invitation to start a longer and fruitful collaboration with the company. All winners will be announced on Thursday 22 October.

Work-in-progress section: Next to 20 film and TV projects in development, the market also accepts up to 5 film and TV projects for the work-in-progress section. Parallel to the pitch and pre-scheduled meetings, they have the opportunity to screen their works and invite fellow professionals to attend the screening to receive feedback and attract potential partners. Projects that pitched at Cinekid before are welcome to submit their project again for this new section.

Awards
During the market, the prestigious Eurimages Co-production Development Award for the co-production, distribution, exhibition and digitisation of European cinematographic works is handed out. This prize of €20.000 in cash could be used by the award-winner for the development expenses of their project. To be eligible, projects must be aiming for cinema release and must be designed as a European co-production between at least two member states of the Eurimages Fund for reasons other than purely financial.

Since Cinekid 2019, a new award has been added: the Filmmore Post-Production Award. This award is designed to stimulate collaboration with the Dutch Visual Effects & Post Production lab Filmmore. Granting the award, which comes with a €5,000 prize, is an invitation to start a long and fruitful collaboration with Filmmore.