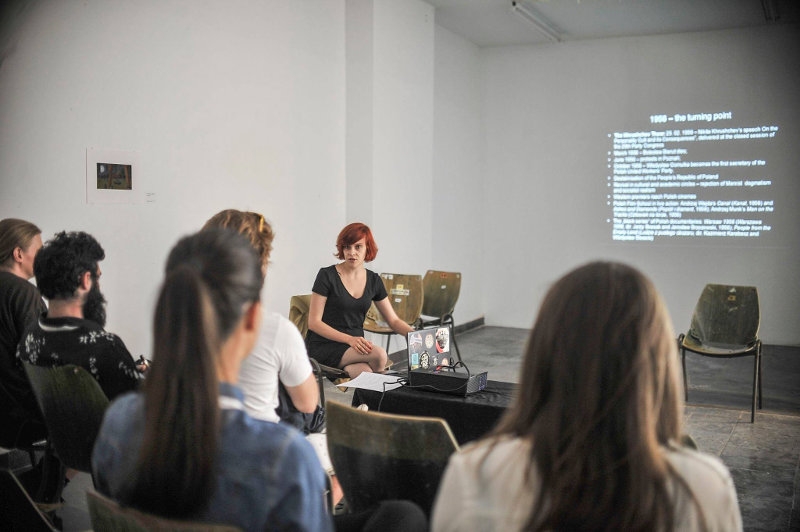 Anibar, Festival, now in its 10th edition, has opened the call for a Film Criticism and Journalism Masterclass led by Olga Bobrowska (Ph.D. candidate in film studies), specialized in Chinese Animation, and author of many academic articles on the subject.

During this 5-day, intensive training, you will have the opportunity to expand your film criticism abilities through both theory and practice. The theoretical part will include general discussions, brainstorming, and collective evaluation of text and ideas. The practical part will give you the opportunity to write and edit film reviews and analysis, to interview and engage with established filmmakers and new talents from all over the world, and report in regards to the opinions and the festival experiences of the people involved such as the team, volunteers and visitors. After the training, your input will be published in the festival’s Gazette “Anibar Press”.

There is no participation fee for the event. Organizers will cover accommodation and daily meals for the 7 days of the festival 15-21 July 2019. Participants need to cover travel costs

The activity is being organized within the project “Development of animation culture between Western Balkans and Visegrad Group” implemented by Anibar organization and the project partner, Faculty of Humanities, Marie Curie-Skłodowska University in Lublin (Poland). The project is co-financed by the Governments of Czechia, Hungary, Poland, and Slovakia through Visegrad Grants from International Visegrad Fund. The mission of the fund is to advance ideas for sustainable regional cooperation in Central Europe.

The festival will be celebrating the art of animation in the city of Peja for the tenth year in a row in various settings including here the Lake and Cubes cinema both located in the park of the city. In seven days of the festival last year Anibar had 220 films screened, 3 animated feature film screenings, 4 workshops with up to 100 participants, 4 running cinemas, 8 presentations, 100+ guests at the festival, and 7 nights of music with 30+ musicians from Kosovo and the region performing.    Through the festival, the organization has been able to promote and bring attention to issues that are important to our daily lives. In the 8th edition Anibar had Reclaim the City! as a theme promoting better usage of public goods, in its last edition it had 5050 for gender equality, women empowerment and women in animation.

In a society which is consistently becoming indifferent towards political, social and environmental changes, in the tenth edition of Anibar, we will treat our hopes and fears to inspire action and promote civic activism through arts.