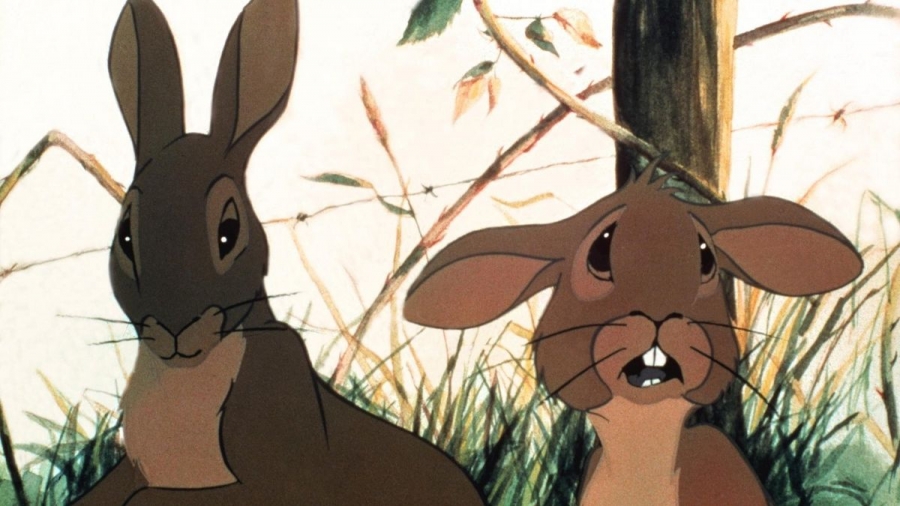 2018 marks 40 years since the release of Watership Down, Martin Rosen’s acclaimed 1978 animated film. Adapted from Richard Adams’ 1972 children’s novel, it tells the tale of a group of anthropomorphised rabbits who flee the imminent destruction of their warren in search of a safe haven. In recognition of the film’s 40thanniversary, this one-day symposium seeks to foster academic discourse on this landmark of British animation from a range of disciplinary perspectives.

A beautifully-realised piece of animation, the film has inspired filmmakers including Guillermo del Toro, Wes Anderson and Zack Snyder. Yet the film is best remembered for its legendary status as an emotionally traumatic viewing experience, especially for children.

This is in part due to Art Garfunkel’s tearjerker ‘Bright Eyes’, a hit single written for the film. Watership Down is also known for its graphic violence which seems directly at odds with its BBFC ‘U’ certificate (indicating that is suitable for all ages) and its subject matter of anthropomorphised rabbits. Thanks to this ambiguous status as a ‘children’s film’, Watership Down consistently remains the subject of public debate, as epitomised by public outrage in the UK over Channel 5’s decision to broadcast the film on the afternoon of Easter Sunday two years running. Conversely, the film has recently been raised in favourable comparison to the live-action/CG hybrid Peter Rabbit (2018), spurring questions surrounding the role of violence and matters of taste in children's media. In addition, Watership Down bears timely socio-political relevance: it demonstrates the dangers of human impact upon the environment and the need to overcome totalitarian authority, as represented in the film by the fascistic villain General Woundwort. In an uncertain political climate that includes the rise of neo-Nazism, it seems more appropriate than ever to ask what audiences of adults and children alike can still learn from this landmark of British animation.

In light of the film’s continued relevance, this symposium seeks to explore the Watership Down’s ongoing cultural legacy and impact, 40 years since its first release. This may be in relation to the above themes, but this event also intends to broaden the dialogue beyond these headline-grabbing topics and draw attention to more overlooked aspects of the film’s form, aesthetics, and place in British cinema and animation history. Further possible topics include but are not limited to:

It is the intention that selected papers from the event will be published in the form of an edited book collection.

Funded by the Humanities Research Centre, University of Warwick.