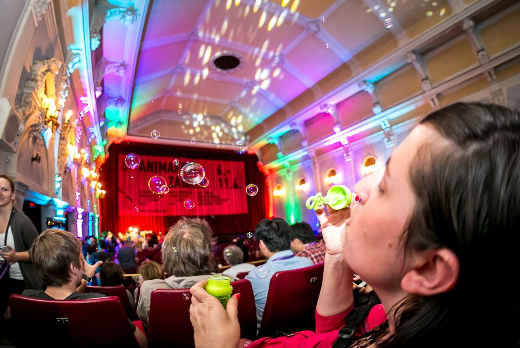 All the winners of the 2016 Croatian fest.

With over 300 films in the programme and 200 festival guests, the 26th World Festival of Animated Film – Animafest Zagreb ended on Saturday with the award ceremony.

The no-dialogue, 6-minute film has two characters, Richard and George, who like to play war games over the weekend to relax. The jury dictum: Bold, shy and witty, but ultimately chilling, this is a film that demonstrates superb storytelling, timing and film craft along with a daring use of the film frame. The whole piece is a minimalist journey into the most dangerous of all games. 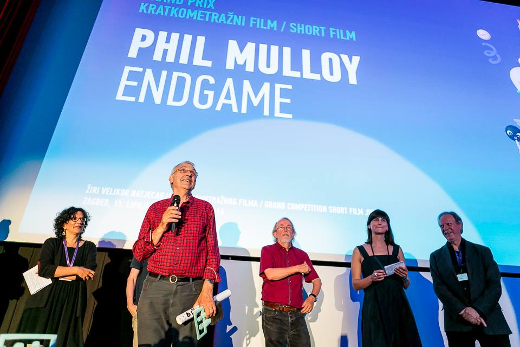 Each of the jury members also presented one special award. Raimund Krumme to the film Peter's Forest by Martina Meštrović, Cecilia Traslaviña to the film Broken – The Women's Prison at Hoheneck by Volker Schlect and Alexander Lahl, Vjera Matković to the film Before Love (by Igor Kovalyov), Peter Lord to Deer Flower by Kangmin Kim, and Normand Rogers to Peripheria by David Coquard Dassault.

The "Golden Zagreb" Award for creativity and innovative artistic achievement went to the film Datum Point by Ryo Orikasa, and "Zlatko Grgić" Award for best first film made out of an educational institution to A Coat Made Dark by Jack O'Shea.

We found this film to be a challenging, artistic blend of diverse animation styles that so perfectly, and sometimes even poetically portrayed the haunting existential journey of one man through these stark landscapes and underlined the futility of war, said the jury.

The feature film jury gave the special mention to Anomalisa by Charlie Kaufman and Duke Johnson.

Eugene Kim, Corrie Francis Parks and Darko Vidačković were the ones to decide on the best Croatian film – Travelling Country by Ivan Bogdanov and Vessela Dantcheva. 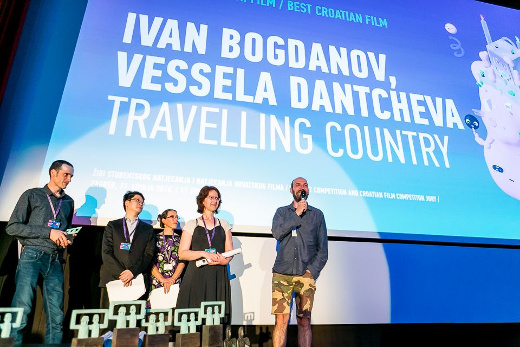 The jury also gave two special mentions: to About a Mother by Dina Velikovskaya and The Noise of Licking by Nadia Andrasev.

The best site-specific animation is The Rise of Fascism by Slobodan Tomić.

The children's jury, consisting of Dijana Bosnić, Franka Meštrović, Lucija Milić, Lucija Sabolić and Vid Trkulja, decided on the best Film for Children – Welcome to My Life by Elizabeth Ito, and the film Follow Your Heart by Rob O'Neill won a special mention.

The best animation school at the 26th Animafest Zagreb is Moholy-Nagy University of Art and Design. The audience also chose their favourite film: best short film Sunday Lunch by Céline Devaux, and best feature film April and the Extraordinary World by Frank Ekinci and Christian Desmares.

Before the award ceremony, the festival organisation was praised by the President of the Zagreb City Assembly, Andrija Mikulić. 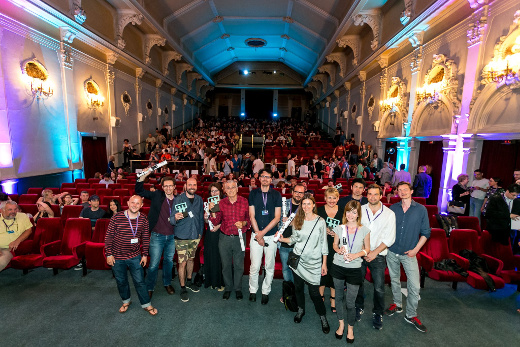 The festival is financially supported by the Croatian Audiovisual Centre and City Office for Education, Culture and Sport, as well as Creative Europe – MEDIA Sub-programme.