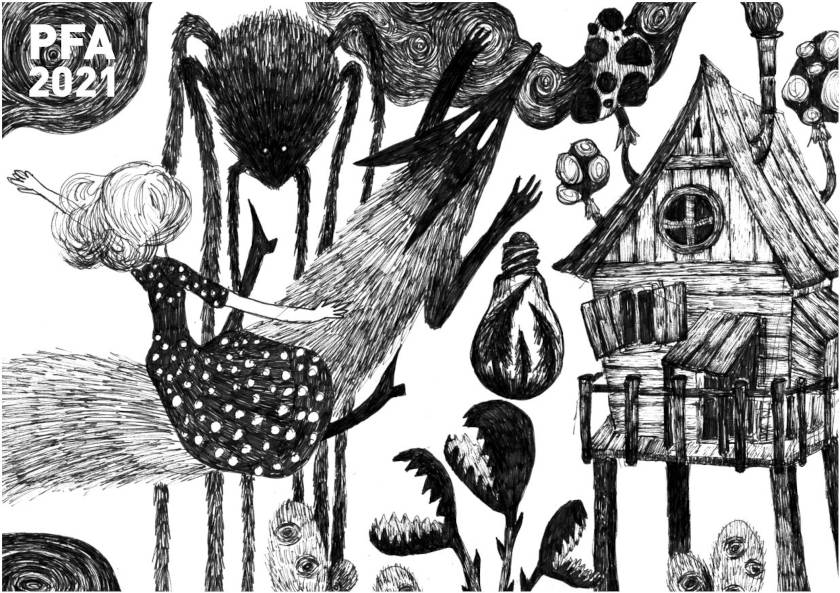 The past two years we fell into a kind of paused time in which we dedicated ourselves waiting to go back to normalization with personal meetings, hugs and talks out of the screens. Among the good things that have to wait, is the time we spend thinking about those things and moments we want to live in the near future. The desire grows, and we dream with the feeling of joy exploding when those life moments will arrive. The future was waiting for us and the future is here, no more waiting, the Piccolo Festival dell’Animazione is here.

This year the Piccolo Festival dell’Animazione will take place from November 20th to November 27th, a shorter edition comparing the previous editions with extensive calendars covering almost all the month of December. However the festival will cover all the Friuli-Venezia-Giulia region in the north of Italy with the best of the international animation.

The axis of this year's festival is called Waiting for Kentridge, an exhibition of video-animations created between 1975 and 2020 by the Princess of Asturias awarded: William Kentridge. Well known internationally for his fine animated films made with charcoal drawings but also for his social commitment; Kentridge is one of the most respected and celebrated artists alive. The exhibition Waiting for Kentridge was curated by Paola Bristot and Andrijana Ružić in collaboration with the Lia Rumma Gallery and Studio Kentridge. The exhibition will take place at the recently renovated MOROSO in Udine, a well-known international house of design furniture with offices from all over the world. William Kentdrige himself will be attending the inauguration on November 19th and the exhibition will be open until December 20th. 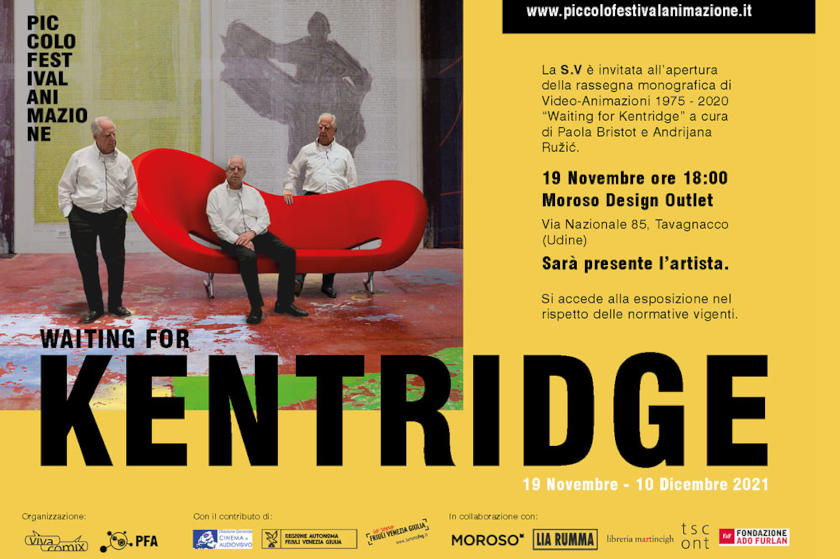 The 14th edition of the PFA will starts its international competition on November 20th screening over 100 animated short films from every corner of the world, carefully selected and divided between 9 programs: Main Competition, Animakids, Animayoung, Opere Prime, Visual & Music, Art and Animation, section that includes the film by the experimental artist Daniele Puppi, who is among the guests of the festival. The new competition Green Animation with ecological themed animations focused on the relationship between humans and the environment. The programs completing the calendar are Panorama and Russian authors of animation cinema. This last category was curated by Eugenia Gaglianone.

One of the most remarkable feature films is The Nose or the Conspiracy of Mavericks, a brilliant reinterpretation of two centuries of Russian history, from Gogol to Putin, a film that mixes diverse art forms to tell the censorship of its "Mavericks" from part of the power. The film directed by Andrey Khrzhanovsky, is one of the most celebrated animated films from last year, winning several prizes around the world.

Among the guests who will attend the festival we can find Davide Toffolo who also will open the festival on November 20th at the Arrigoni Theater in San Vito al Tagliamento. There he will present his latest book, "The last old man on earth" (Rizzoli , 2021) based on the poetic texts of Remo Remotti. In the other hand Gianluigi Toccafondo will close the Festival on November 27th with the screening of his film "Dreamland"; an intense visual journey into the UNESCO Italian cultural heritage through musical quotes from Giacomo Puccini's Tosca, ancient Mediterranean melodies and verses by Pier Paolo Pasolini .

The jury members will be formed by Chris Robinson, Chiara Magri and Ivan Cappiello will judge the main competition. Green Animation and Music Video, will be judged by Michele Riondino, Pierre Bourrigault and Ahmed Ben Nessib. Meanwhile the winners of the competition Opere Prime and Art and Animation, will be chosen by Eugenia Gaglianone, Giuliana Carbi and Alfonso Firmani.

Another very important point to highlight is that Piccolo Festival dell'Aanimazione launch an ambitious program with production and distribution of animation films by authors such as Marco Capellacci, Michele Bernardi and Beatrice Pucci. This is a very necessary step in the Italian independent industry and we are glad that PFA is taking the initiative. As well, the PFA will provide their quality formation training with workshops and masterclass on 3D for children and young students.

Among the animated big titles competing from all over the world we can find exciting films such as Steakhouse by Špela Čadež. Impossible Figures And Other Stories I, the film that closes the trilogy by Marta Pajek. We could also enjoy the last film of the cult animator Svetlana Filippova "Ba". "Vidiš li ih ti?" / Can you see them? By Bruno Razum and Polar Bear Bears Boredom by the master Koji Yamamura could be enjoyed in this edition of PFA.

For children and youth, the beloved sections AnimaKids and AnimaYoung return with its competition programs. The curator in charge for this year is Giovanni Sgrò. As every year the decision to pick the winners will be on the shoulders of the children and students of diverse schools of the FVG region.

The competition Visual and Music is back, a competition focused on the art between music and animation.

And if you think this is a great program, wait, the Piccolo Festival dell'Animazione will be complemented by a series of exhibitions such as the Davide Toffolo with over 150 drawings. A very interesting exhibition in the Church of San Lorenzo in San Vito al Tagliamento with pieces from Centro di Cinematografia Sperimentale of Turin, the University of Nova Gorica and the Academy of Fine Arts of Venice. Also there will be exhibited drawings for the trailer of this year's festival made by Sofiya Krugilova and some frames from the last film of Gianluigi Toccafondo.

The Piccolo Festival dell'Animazione keeps his exhaustive spirit presenting a huge cultural offer that is very appreciated and expected by the audience in the north Italian region. This edition will be unforgettable not only for the high quality of the festival itself or the presence of William Kentdrige, but because it is the culmination of a much desired wait. 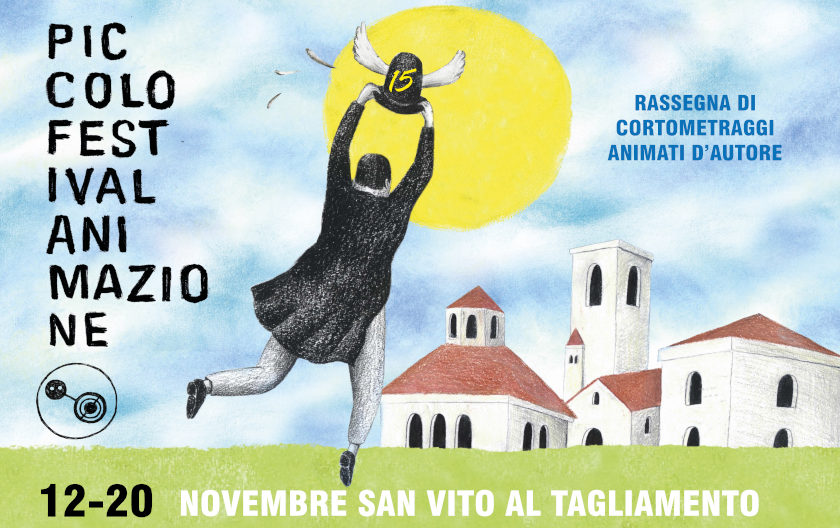