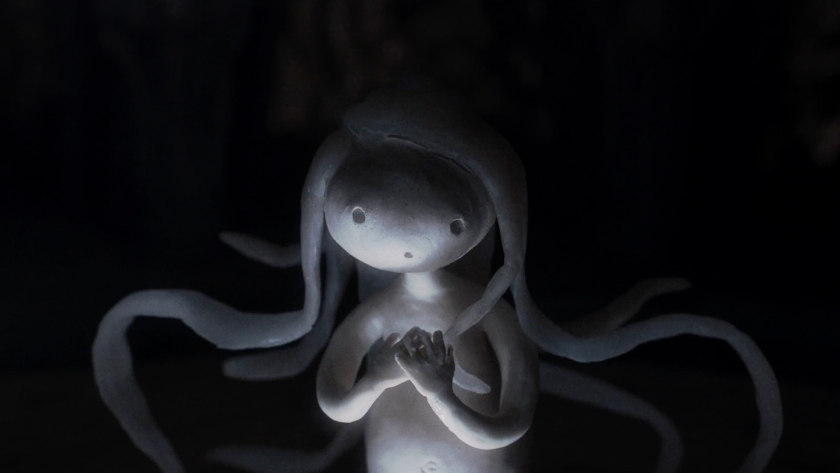 The 13th edition of Piccolo Festival de Animazione (PFA), led by Paola Bristot  (this year had its online edition), revealed its winners.

An original and exceptional animated musical of a woman who becomes a black hole because she's afraid of losing everything so that she keeps it all inside her until she breaks down and vomits the whole universe out. Film „O' Black Hole“ stands out as a masterly executed blend of animation techniques as well as styles telling us an old story of cosmic creation coming out of destruction. Bringing it in a visually fascinating way, revealing a whole interesting gallery of utterly strange and odd characters, this amazing animated „cosmic ode“ draws special attention to the author's high artistic freedom greatly supported by an extraordinary music score composed by Harry Brokesha.

A witty critique about the absurdity of smart inventions of modern society and its dull daily routines. With a bitter- sweet humor, the author masterfully plays with the idea of revealing the ultimate stupidity of becoming slaves to all- human invention called the digital era. By treating the category of time as something that one needs to efficiently overcome in the sense of daily „better and faster“ achievement to „beat the system“, the author wisely combines experimental with documentary animation.

Extraordinary well- produced and masterly executed animation about a real episode from the infamous history of Italian mafia- so called the „N'drangheta“- most brutal and powerful criminal organization. With an excellent narrative pace combined with author's prominent artistic drawing style especially in character treatment, this 15 minutes animation gives the impressions as if we've been watching a full-length feature film. Great homage to a heroic act of resistance of single man standing strong versus the rotten, merciless system.

Animakids
The jury consisted of the 5th class of the "Girardini" elementary school in Udine.

First of all, the graphics are well done, for each character, background and detail. It is a comical and interesting story that can hide many morals. The story is full of very pleasant twists. The short film is curious, creative and fun. You don't get bored watching it because as soon as you watch a scene, you burst with laughter, in short, it's a real blast!

Despite our obvious inexperience, we took the time to analyze all the videos carefully and in detail. We then considered appropriate to compare and share our opinions, and we finally decided that the title of best video should go to "One Left", considering the particular style of the drawings and the perfect dubbing which, combined with the funny and intriguing plot, makes it engaging and ironic. In our opinion, this video tried to convey, with funny characters and hilarious scenes, the message to take life into your own hands and react, because, even if it doesn't seem like it, we have the power to change it in everyday choices.

Special Mention
The Song of the Lost Boy by Daniel Quirke (UK, 2020)

We would also like to make an honorable mention for “The Song of the Lost Boy” for its novelty, for its attention to detail and the compelling and thought-provoking story. - Says the statement of the 2th class.

VISUAL & MUSIC AWARD
The winner of this section is Dummy, by Igor Imhoff (Italy, 2020).
A short film that creates a perfect synthesis of images and music, an enthralling and daring technique that illustrates and blends coherently with the musical piece.

The film uses an original and refined technique, which hybridizes the cut-out with pixilliation at the service of an ancient tale with a morality that still prevailing till nowadays. The film has the charm of a story built with elements taken from folk crafts, it excites, evokes, enchants