The Dutch filmmaker and artist has a special tribute and exhibition during Animateka festival,  Ljubljana.

Dutch filmmaker/artist Rosto is known for his extravagant but deeply original vision in his work, having been awarded from Cannes film festival (Canal+ award) and within the animation festival community as well. His films (Lonely Bones, The Monster of Nix) have attracted the attention of artists such as Terry Gilliam and Tom Waits.

Rosto will present at Animateka festival (7-13 December 2015) an overview program of his work, covering two decades, entitled Mind My Gap - So Far So Evil.

The program consists of all short films, which are part of the mixed media project Mind My Gap, plus an extensive exhibition of artwork, props and installations in Ljubljana's Museum of Modern Art.

In addition, there is a gallery of artwork from his film The Monster of Nix. Rosto also created this year's promotional festival artwork and is a jury member.

Mind My Gap - So Far So Evil
The Mind My Gap expo gives a complete overview of Rosto's ongoing mixed media project. Expect to get lost in a world of crossroads and rock and roll, parallel worlds and intertwined timelines, mirrors and alter egos, roadmaps and an Evil Wicked Whale.

The exhibition displays artwork, installations, props, music and behind the scenes material spanning the 26 episodes of the graphic novel, the related film work and 20 years of creative development. In addition, there is a gallery of artwork and props from his film The Monster of Nix in the main festival venue (from 7 Dec, open for one month)

Music
It all began with a series of rock 'n' roll songs that Rosto wrote since 1995. The songs were the inspiration for the serial graphic novel Mind My Gap that started in 1998. With the rise of the internet it quickly incarnated online: 26 episodes were published irregularly until 2014.

Trilogy and tetralogy
During these years the project spawned a series of short films: A trilogy that consists of Beheaded (2000), Anglobilly Feverson (2002), Jona/Tomberry (2005) and spin off The Monster of Nix (2011).

In the meantime, the original Songs From Mind My Gap were recorded within Rosto's music project Thee Wreckers. Three of these songs have been released as short music films: No Place Like Home (2008), Lonely Bones (2013) and Splintertime (2015), building up to an intended tetralogy.

Rosto is currently meditating on a couple of feature film concepts. 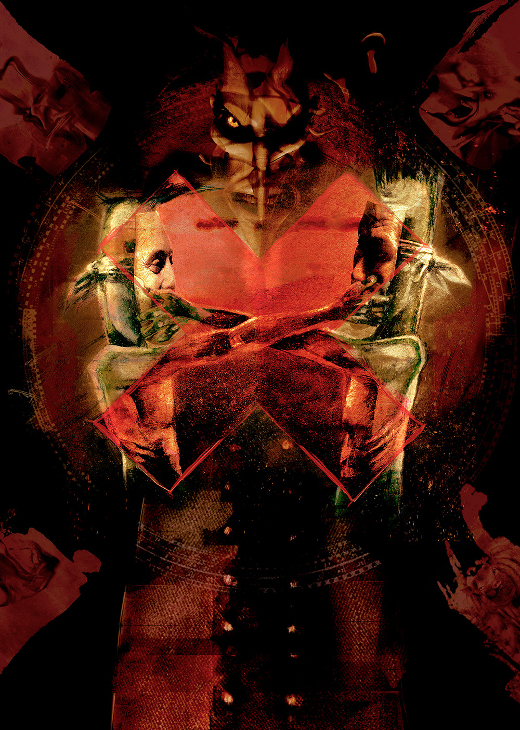