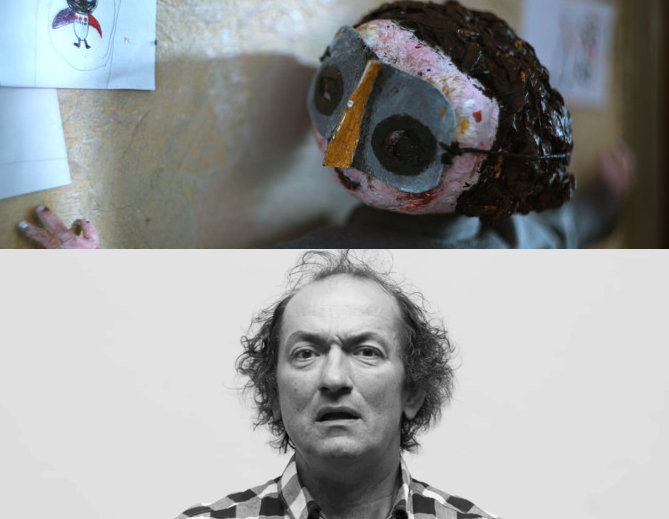 Find all winners and laureates of the 9th StopTrik IFF 2019 in Lodz, PL.

Described as three passionate days of screenings and meetings, we know the winners of the Polish chapter of StopTrik Festival.

Daughter by Daria Kashcheeva took home the Lodz Audience Grand Prix, as well as a special mention from Weronika Płaczek (Director of ANIMOCJE International Animated Film Festival), "For exceptional directing of the puppet characters and an original tasteful happy end"

The experimental DONT KNOW WHAT by Thomas Renoldner was awarded the main prize from The Borderlands Competition. It also got the Jury Student Awards prize  "for maximum content with minimum material", and Piotr Kardas' (Co-ordinator of StopTrik Festival in Poland) mention: "Not often an experimental film can amuse an audience"

Check the Full lineup of winners and laureates

*Lodz Audience Grand Prix* International Stop Motion Competition
Daughter/ Hči,Daria Kashcheeva (FAMU) / 2019, CZE, 14'44''
Should you hide your pain? Close yourself inside your inner world, full of longing for your father’s love and its displays? Or should you understand and forgive before it is too late?

*Maribor Student Jury Award* International Stop Motion Competition
Imbued Life/ Udahnut život,Ivana Bošnjak, Thomas Johnson (Bonobostudio)/ 2019, CRO, 12'15''
A film about a young woman's connection with the life force of nature. She uses her talent for taxidermy to “restore” the animals to their natural habitat. However, the true search for the answers begins when she starts finding a roll of undeveloped film in each of the animals she treats. Her obsession drives her to seek the explanation of the connection she feels, haunting her dreams, as well as her waking moments.

Student Jury Statement: For the original aesthetics, oneiric atmosphere and use of animation to tell an original story about the relationship between man and nature, as well as an interesting autothematic motif expressed by including a reflection on the film medium in the animation.

*Lodz Student Jury Award* Borderlands Competition
DONT KNOW WHAT ,Thomas Renoldner / 2019, AUT, 8'7''
When art and entertainement clash. --- A slapstick avantgarde film.
Student Jury Statement: For maximum content with minimum material. For the minimal composition of the frame and the maximum creation of meanings. For exploring the boundaries of the medium and showing its capabilities.

Special Mentions from StopTrik Guest
*Special mention from Rashid Aghamaliyev (Director of ANIMAFILM Baku International Animation Festival)*
The Opposites Game, Lisa LaBracio, Anna Samo (TED-Ed) / 2019, USA, 4'45''
A classroom erupts into a war of words as students grapple with a seemingly simple prompt: what is the opposite of a gun?
Rashid Aghamaliyev's Statement: The Opposites Game by directors Anna Samo and Lisa LaBracio is a beautiful example of how art, represented in the film by animation and poetry, can oppose cruelty and terrorism. For me it is one of the most humanistic films I have ever seen.

*Special mention from Mariia Snisarenko (Ukrainian artist)*
Marbles,Natalia Spychała / 2019, POL, 5'22''
Hypnotizing pendulum sets a particular mechanism in motion. A figure appearing fragmentarily, space and a variety of objects form a rhythmic system of mutual dependence. What is the cause and what is the effect? Winner of O!PLA 2019 audience voting for best stop motion film.
Mariia Snisarenko Statement: For original artistic language and showing the everyday mechanism of life through abstraction, that activating the imagination and reminders of everyday life.

*Special mention from Michał Mróz (film director, animation historian)*
Muedra, Cesar Diaz Melendez /2019, ESP, 8'50''
Life can arise anywhere, nature behaves strangely and days can last for minutes. Although everything is familiar to us, nothing is what it seems in this place. The cycle of life seen from a different point of view.
Micha Mroz Statement: For orignal form, using animation of nature and atmospheric phenomena, and also for a universal philosophical theme.

*Special mention from Piotr Kardas (Festival/program director: O!PLA, Rising of Lusitania, CRAFT / Coordinaitor of StopTrik in Poland)*
DONT KNOW WHAT , Thomas Renoldner /2019, AUT, 8'7''
When art and entertainement clash. --- A slapstick avantgarde film.
Piotr Kardas Statement: Not often an experimental film can amuse an audience. Even more rarely, an artist experimenting with the medium has a distance to himself and his art. Thomas Renoldner did it perfectly! Captivating lightness and precision of workmanship. A friendly shake hands with the contemporary viewer, and at the same time an intelligent dialogue with the history of experimental cinema. Contrary to the title DON'T KNOW WHAT knows perfectly well what it is doing!