StopTrik IFF opens for the sixth time in Slovenia and Poland with 31 stop-motion titles, along with 19 titles in the Borderlands section (experimental shorts that combine stop motion animation with other means of cinematic expression).

StopTrik targets both highly artistic creations and pressing socio-political issues at the same time. According to its festival director, Olga Bobrowska, it aims  to provide the audience with tools crucial for analysing, interpreting and understanding of global and local media discourse. In times when escalation of social and political conflicts becomes more and more apparent in symbolic sphere, progressively understood film activism ought to stimulate the development of the competences in decoding visual language of mass-manipulation and mind-control.

So, it is very fitting that this edition's overall theme is propaganda.  STOP MOTION AGITATION, a historical review curated by the Programme Director Michał Bobrowski, highlights the most significant examples of stop motion animation serving political regimes of the 20th century global superpowers.

Among Soviet and US propaganda efforts, a unique jewel of classical Chinese animation, You Lei's The Little 8th Army, will be screened during the 6th StopTrik. 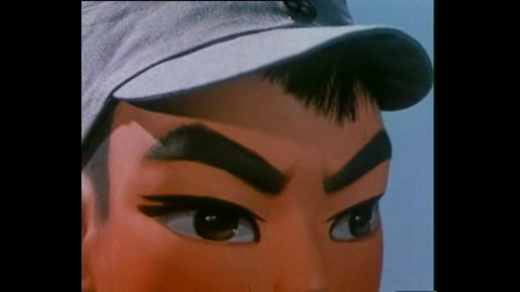 Two films that test the spectrum from orthodoxy to radicalism will be the opening films of StopTrik. Both Mr. Prokouk the Filmmaker (1948, dir. Karel Zeman, Czechoslovakia) and Revoltoso (2016, dir. Arturo Ambriz, Mexico) disarm the language of manipulation and call for reflection on role and function of the cinema in the ideological machinery. 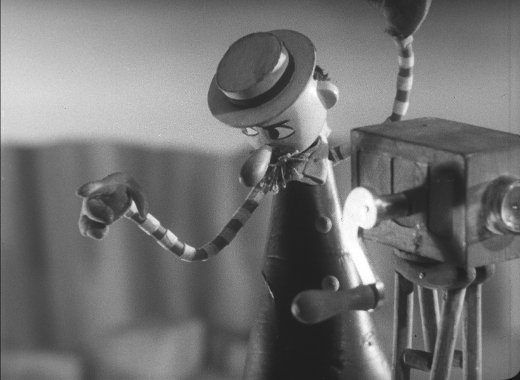 The 3rd curated programme by Ana Nedeljković (Rabbitland) is aptly named Dark Worlds, and examines human condition in the critical moments, where ideologies have fallen from their pedestal. 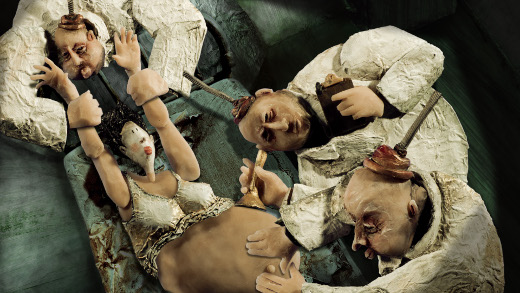 The international competition is varied, independent and highly interesting.

Watch out for Heavy as a Hill (Emily Neilson), Datum Point by Ryo Orikasa and more stop-motion gems. All films will be judged by audiences in Maribor and Łódź, who will decide on Best Stop Motion Animation and Best Borderlands Animation. 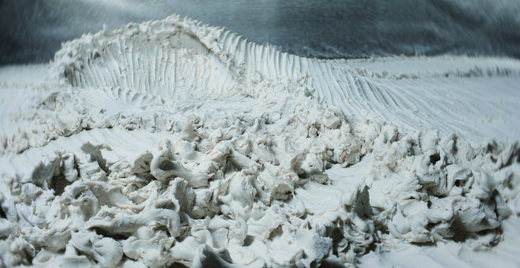 For the first time, StopTrik IFF introduces Maribor Students Jury, five students from the University of Maribor, accompanied by Piotr Kardas (O!PLA Festival Director, Poland),  that will grant their own awards.

As a part of the accompanying events programme, there will be an exhibition of intriguing Czech video-art works Meshes of Despotism in GT22 by Jiří Neděla, while in honor of the 20th anniversary of MLADINA's Proglas an exhibition of selected socially involving ads, addressing current issues of society, people and environment will take place in the Salon of Applied Arts.

This year's educational program – Workshot will be led by Miloš Tomić, a renowned Serbian stop motion author and a versatile artist.  The goal of the workshop is to inspire the participants to pay attention to precious, small and everyday things which they see but maybe do not notice. 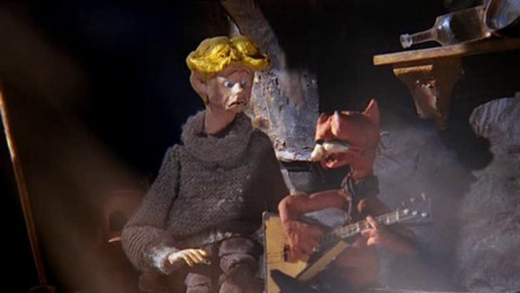 Puss in Boots by Garri Bardin, presented during Midnight Movies at the 6th StopTrik IFF

Thomas Johnson, Croatian-based British animator, feeds the artist's and the audience's obsessions with his "GRAFFITI ANARCH-IMATION" performance. Johnson animates a puppet of his likeness over a 6 hours period; the artist's puppet-self will perform the task of spray-painting a piece of graffiti artwork upon a public wall in Maribor.

The festival will open with a seminar entitled Emancipatory Potential and Political Influence of Cultural Practice. The seminar will join film culture activists from Slovenia, Poland, Serbia, Kosovo and Croatia to reflect on the questions of critical participation in culture, deconstruction of propaganda mechanisms, citizens' activism and protection against hate speech in the public sphere.

The festival's academic activities also include a discussion of the Subversiveness of animated art  in the book presentation "OBSESSION, PERVERSION, REBELLION. TWISTED DREAMS OF CENTRAL EUROPEAN ANIMATION" (its associated academic conference was conducted during last year's StopTrik IFF). At the panel discussion Trik Show, StopTrik IFF invites stop motion directors to share their making off or work-in-progress and by those examples explain their craft, artistic and intellectual choices. "Trik Show" videos, provided by the authors, are distributed on Festival's website, YouTube channel and Facebook profile.

View the full programme of the 6th StopTrik IFF, as well as the lineup of selected competition & panorama films, below:

The 6th StopTrik festival takes place 27-30 October in Maribor (Slovenia). Competition programmes and the Panorama section will be presented  11-13 November in Łódź, Poland,  with the support of  O!PLA Festival (Animation Across Borders), Kino Bodo, Klub Krańcoofka and New Prospects Foundation.