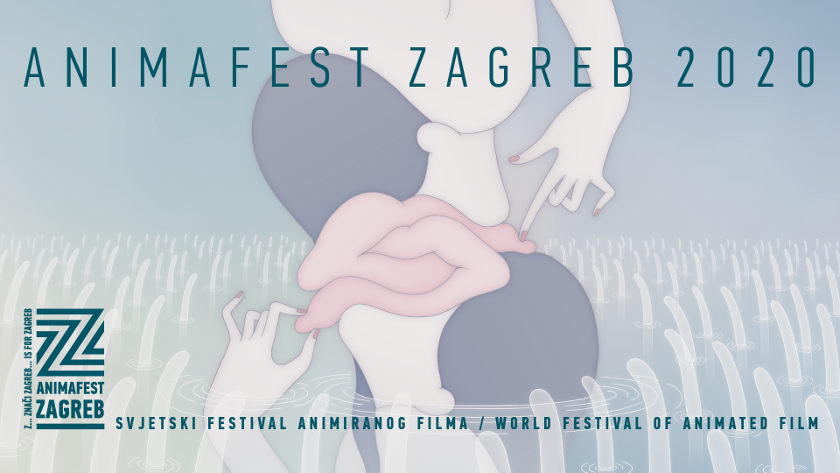 Yoriko Mizushiri is one of the most distinctive Japanese younger artists and a world-renowned animator, who has managed, with only a handful of films of a unique and special, idiosyncratic and recognisable aesthetics and poetics, to make an inevitable artistic impact on global animation trends, all the way from the USA to Croatia. Her films, like Futon (2012), Kamakura (2013) and Veil (2014) are dreamlike and sensual, pastel studies of the senses – partly figurative and partly geometrical reminiscences of impressions and touches from small daily pleasures and pains like coffee, cakes, the warmth of the bed, the softness of the carpet, sting or human touch.

Sensitive, fluid, physical, erotic, meditative, melancholy and feminine, the films, installations, music videos and designs by Yoriko Mizushiri offer new perspectives on separate body parts, based on infinitely talented control of the line and movement, a choice of light, ‘corporeal colours’ like pink and purple and without superfluous emotionality in the face and eyes. This hand-drawn masterpieces, using animation for haptic suggestions, don’t simply delve into fragments of daily life, tiny gestures and moments, but also immerse deep into the abysses of the unconscious – the Proustian memories evoked by senses, the desires of the flesh and fetishes, the phenomenology of beauty. The serene rhythm of Mizushiro’s works leaves the door wide open for the viewers to let themselves go to intimate interpretation.

Yoriko Mizushiri has been nominated and garnered awards not only at the most important animation festivals like Zagreb and Annecy, but also at the biggest film festivals like Berlinale. She made a name for herself back as a member of the Shiripiro production collective and a student at the Joshibi University of Art and Design, where, inspired by the iconic mange cartoonist Yasuji Tanioka and young painter Tomoko Kashiki, she made some of her previous works, like Shiri-play (2005), Kappo (2006), Enyogu (2007), Lena Lena (2009) and Sushi (2011).

Animafest Zagreb 2020 has been postponed, with new dates to be announced; yet, a programme of online Animated Insights features celebrated and emerging animation filmmakers and their work.