Hyuna Cho South Korean animation director has a sensitivity for the extraordinary, sometimes hidden below our ordinary life chores and appreciation. Having studied both in Kaywon Art University and Hong-ik University in Korea, she moved to Royal College of Art (before the pandemic) to study for an M.A. in animation. Her UK work culminated in the transparently compassionate 'A Sip of Water', a 2D computer animation film about a female shaman and her relation to both gods and the common people. The film has already been selected in the competitive section of major festivals, such as Fantasia International Film Festival (Ontario, Canada) and Odense International Film Festival (Denmark).

" I think every Korean has experience of shamans and shamanism" Huyna Cho tells Zippy Frames. Even though she didn't have herself a shaman in her family, she was exposed early on to this underappreciated ancient culture of shamanism and its artistic manifestations. A long and extended Christianization of the Korean peninsula has somehow obscured this fact ("but even Christians have the experience of shamanism" Cho notes), yet this practice of counselling and healing has continued to flourish. 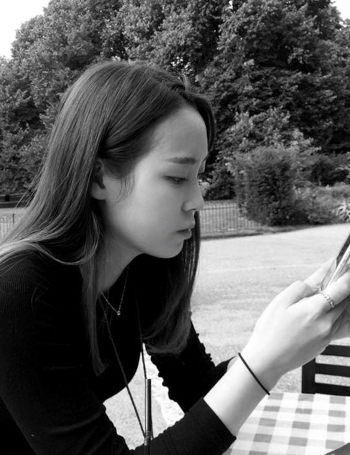 The film title 'A Sip of Water' still came from this very same practice of shamans even today helping out in ordinary problems. "Sometimes shaman counseling is a sip of water to people," Cho explains. In a country which is a natural peninsula and has abundant precipitation, water and its rice-farming agriculture is important. Water is indeed paramount in the film, and the female young shaman navigates this space.

"Our ancestors used to offer clean water as a sacrifice in their ancestral rites. If you pray to gods with a bowl of water from the mountain and a clean body with water without other sacrifices, they believe that gods will fulfill their wishes. So the shaman in my film becomes a vessel for such sacred water".

Watch the trailer for A Sip of Water:

But how do you go on and meet those shamans, especially during lockdown or simply if you're far away from home? Hyuna Cho started her graduation project in London, but she was able to find her interviewing subject online. " Typically, the young shamans have their own Instagram account, so I just contacted and interviewed three of those". She also met different shamans during her Christmas Korean holidays. Her questions were usually met with surprise; not because of their nature, but simply because of the fact that someone cared to ask them about their profession and not simply asking for a solution to a personal project.

"Shamanism is not a general job in Korea" Cho qualifies, "and people don't really want to talk extensively about folk religion. The shamans I interviewed were happy because I didn't ask myself for their services, but on their being a shaman in Korean society". So, she was one of the few to turn their focus on the shamans themselves.

"They usually cry when they are interviewed," Cho notes. Shamanism is more like a calling based on shinbyeong, the rite of passage to become a shaman that even the shamans don't know -in its visible manifestations, it looks like a disease: shamans cannot drink, eat or sleep like that. Yet they have no way to avoid it, and it leads to their finally being acknowledged as shamans (god-picked). 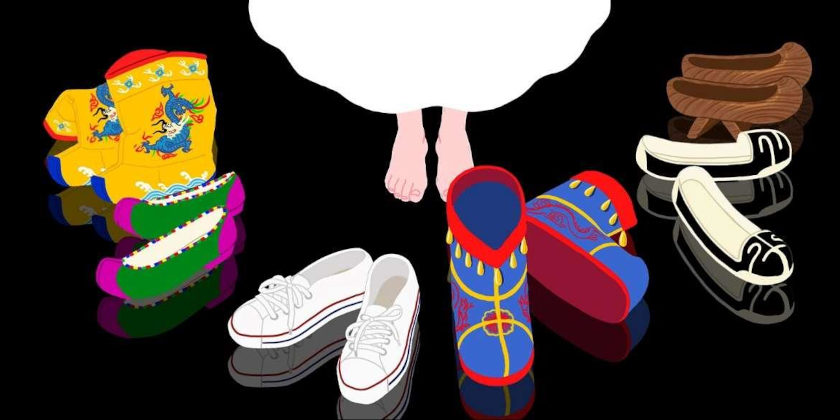 Being a Korean woman in the UK, Huyna Cho felt suddenly that her Korean identity continued to be strong, even though she is still self-described as a global person. Her main character is also a woman with both supernatural powers and a willingness to offer her help at the same time. "There are shamans in other Asian countries as well, but Korean shamans are usually women," Cho explains. She attributes this to the fact of a matriarchal Korean society, and she gives it a hereditary character as well.

So, how do you design a woman shaman in animation? One would expect heavy symbolism, masks etc., yet the shaman in A Sip of Water has an ordinary face of a young woman.

"The reason why my character looks normal is to make a difference from the gods' face," Cho explains. "The faces of the gods in my film have certain references". Buddhism is an ancient religion in Korea, stemming back since the 4th and 5th century, and gods' faces (especially in shrine temples or Buddha statues) are quite distinct. Shaman's shrines also have an established iconography of the gods (including dresses and props the gods must have).

"However, I thought that my character should be described as a real person; if I designed it in a characteristic way, it would be hard for the audience to distinguish between gods and man, so it could be confusing to understand the film. Koreans may not find it difficult to understand, but non-Koreans may have been confused while watching the film. So my shaman character had to look as normal as possible".

A Sip of Water started in a traditional way from a script to a storyboard to 2D computer animation, a technique he also used in her previous Animal Book.  "Actually, people didn't always realize that Animal Book is digital work, since I used digital pencils with a realistic texture".

For her A Sip of Water, she continued in that vein, even though Korean culture prefers the hand-drawn element, textures, brushes etc. Cho did not use these elements, but she succeeded in reproducing them in digital animation. "I wanted my film to look like modernized traditional art", she explains.

This was a film that took place during the pandemic; the first part was conducted in the UK (with production starting September 2019); April 2020 marked Cho's journey back to Korea due to the global lockdown, and the film was finally finished in the fall 2020. "Time was the biggest problem" Cho discusses, "and also we couldn't meet our tutor long enough due to these conditions". Fortunately for her, pre-production had already been locked before the covid-19 and its consequences. She also had the opportunity to compare between the two educational systems in both countries.

"RCA teachers think that we are already directors, so they don't push their thoughts to the students'', she mentions. Her B.A. (and even one-semester M.A.) Korean studies had shown a more traditional, teacher-driven attitude, so A Sip of Water benefits from these liberties being taken. That said, her work on animal rights in Korea, which also culminated in her previous Animal Book (2015) film, is also distinctive.

"I need to do challenging new stuff" Cho commits, while at the same has her own business initiative preparing art students for the Korean National University of Arts and Hongik University. "I'm happy to teach to people and students", Cho recognizes the empowering function of teaching. She wouldn't really like to work (at least at the moment) in TV animation ("it's mostly addressed to children"); at the same time, she would really like to participate creatively in a feature animation, but she is also keen to recognize that Korean animation industry won't have the resources of the Japanese Ghibli studio -and it takes a very important amount of your family time as well.

"It is easier to make short films, and I prefer doing them; in the short film, I can make anything I want almost all by myself". A Sip of Water has already premiered and screened in international festivals, but Huyna Cho hasn't been able yet to watch it on the big screen -travel restrictions and quarantine conditions still apply.

Still, 'A Sip of Water' is a soothing film -the one that wants you to 'let go' of your established values, but at the same time, won't go into the fantasy realm. It occupies this middle ground in both its narrative and iconography between the supernatural and the ordinary mundane tasks -making your experience a more uplifting and a more informed one.


About Hyuna Cho
Hyuna Cho is an animator from South Korea. She took Animation BA in Kaywon Art University and Hong-ik university in Korea and she studied at Royal College of Art in the UK. She has her own business on Art education in Busan, South Korea.