Melanie Coombs is a producer whose credits involve the quirky lovable stop-motion animation short Harvie Krurmpet (here's the trailer)  by Adam Elliot, which won the 2003 Academy Award for Best Short Animation). And, of course, she's responsible for producing Mary and Max stop-motion feature film by the same director (trailer);  A marvelously intimate story between a NY Jewish obese man with an Asperger syndrome and a lonely Australian girl, the film was unforgivably neglected at the Academy Awards;  but it still went on to win the Annecy Cristal, and opened the 2009 Sundance Film Festival.

Apart from the film accolades, Melanie Coombs has herself been awarded the 2009 Screen Producers Association of Australia SPAA Feature Film Producer. Her production company Optimism Film includes live-action features and docs, such as the Graceful Girls documentary  (2015) and The Death and Life of Otto Bloom (2016).

ZF: How were both Harvey Krumpet and Mary & Max produced? I'm not just thinking about finding the right people etc. but did you have to think out of the box to make those films happen? They both had a sensitive subject matter; they were both for an adult audience; the latter one was an unheard stop-motion feature coming from Australia. What kind of strings did you have to pull in those cases? 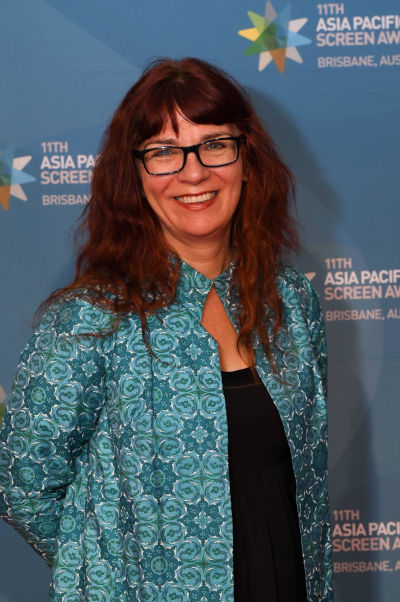 MC: I was at a point in my career where I had started to want to move from making short films into making longer form projects, when I first met Adam. I saw his self-produced short Cousin (part of his trilogy, Uncle, Cousin & Brother) which I just LOVED. I approached him trying to convince him that he should do a longer film - with me as producer! - but he politely declined and went on to make Brother. But once he had done that film we’d also become friends and I think he could see how together we could convince the world that they needed Harvie Krumpet

I used the model of the Aardman studios Wallace & Gromit  films as a model for Harvie Krumpet working with our wonderful Australian Public TV network SBS. Once I had a pre-sales from them, I basically just kept going, approaching other Australian funding agencies, until they finally gave in. Getting Geoffrey Rush to do the narration was a KEY element to give our investors confidence.

When it came to Mary and Max, it was both easier and more difficult. Easier in that we could get attention, thanks to the Oscar win for Harvie Krumpet, and harder because the budget, scope and scale of the project was now a feature. At that point no one had done a stop-mo feature in Australia. That said it was before the 2008 recession (that happened just as the film was released), and so there was a much stronger international appetite for ‘adult animation’; both Waltz with Bashir and Persepolis had been really big hits, and it felt like there really was a market for our film.

That said, again the path was to find ‘marketplace attachments’;  sales agent for advance distribution, local TV pre-sales (again with lovely SBS), and an amazing US company called Adirondack Pictures who made a significant investment. We also made sure that we had cast attached who would help those investors feel comfortable with the risk they were taking. We again approached the Australian funding agencies for the remaining funds, which were significant - and that’s why we always express our gratitude to the Australian taxpayer!

ZF: Relatedly, how easier it was for you to produce Mary & Max after doing Harvey Krumpet? It seems that both Adam Elliot and you took a big leap forward.

MC: I often think that had we truly understood what we were doing we might have been frightened off, but we really did both feel it was the right next step at the time. We did spend a lot of time and thought on how we would manage the leap - not just in terms of the time and money, but asking if we would have the experienced help we would need.

As Adam once said, it’s hard to fly like an eagle if you’re surrounded by turkeys; so we needed to know that we could find the ’wind beneath our wings’ -to mix metaphors…. Could we get all these normally independent artists to work together on ‘Adam’s vision’? We spent a lot of time and planning on how to manage this.

ZF: How did you think that Adam Elliot's stop-motion animation actually helped the storytelling in those cases?

MC: Adam is a true auteur filmmaker. None of it would have been possible without his unique story voice - it’s what attracted me to him and everyone one else. It absolutely was never about the technical prowess of the animation - always the story was the touchstone.

ZF: From your experience, do you think that stop-motion animation for adult audiences have progressed since the days of Mary & Max? Are people readier to accept it as a challenging and also beautiful storytelling format?

MC: I wish this was true, but I think in the English speaking world it's a very difficult time for ’new voices’ unless you really have SUPER STAR power attached to your project. Remember Mary and Max was not a commercial success (it opened Sundance but didn’t make US theatrical sales); and to this day has not returned all money to its investors.

ZF: How do you think that industry events, such as the Animarkt Stop Motion Forum help in the process of meeting and connecting? Especially in a stop-motion animation world, where everything takes so much time to develop.

MC: Events like this one are critical. Adam used to say that meeting another Stop Motion Animator is like meeting another Albino. No matter where in the world we come from, we have this medium that makes us a community. As you know, I am currently working on Guillermo del Toro's adaptation of Pinocchio here in Portland, Oregon - and the crew of 150 come, not only from all over the US, but also from all over the world.

I think the key thing to remember when you’re attending events like Animarkt is that while we all hope to be plucked from obscurity by someone we perceive as more 'important/powerful/able to solve all our problems', actually the true value is in really meeting and knowing our peers. My advice is to attend these events with the aim to find everyone at the same level as you, and build a powerful web of international connections that will grow with you as you grow in your own career. 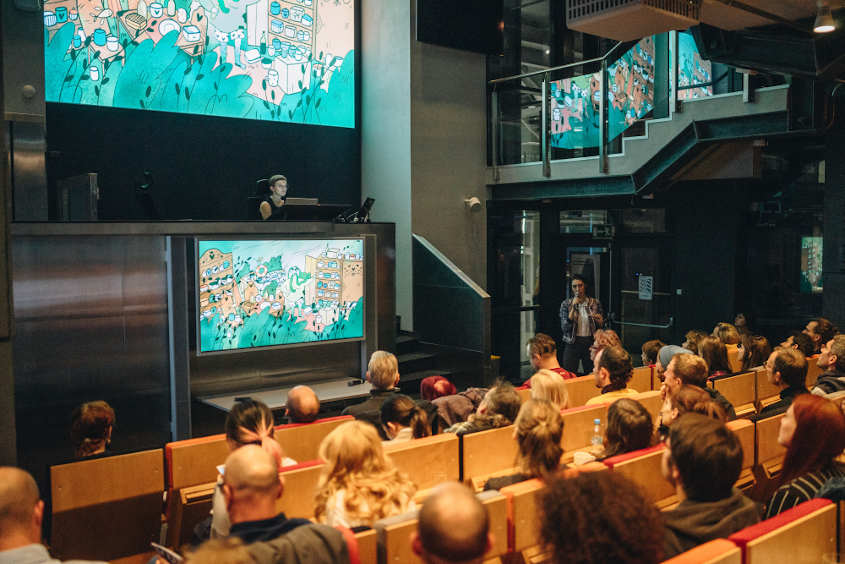 ZF: Any future plans of yours in the stop-motion animation project or animation in general?

MC: At the moment finishing this project is as much as I can see. Line production of a project like Pinocchio during the Corona pandemic is quite enough for now.

ZF: You have experience in both the live-action and the animation world. So what would be your advice to young producers (or directors/producers) in stop-motion or animation in general? Apart from being patient and passionate, that is.

MC: It is essential that YOU as producer feel really connected to the work that you are producing. It’s always complicated because you are not the writer or the director and you may struggle with wondering how ‘your fingerprints’ are on the work that you’ve taken all the risks for, fought all the battles for and so on and on. Producing is pretty thank-less so you have to find your own internal ‘reward system’. Honestly, that took a long time for me but it really is important that you find the joy in the journey and not the expectation of reward at the end.