Ten films will advance in the Animated Short Film category for the 93rd Academy Awards.  Ninety-six films qualified in the category.  The films from Disney ("Burrow"), Pixar ("Out") and DreamWorks Animation ("To Gerard") advance.

The films, listed in alphabetical order by title, are:

A young rabbit tries to build the burrow of her dreams, becoming embarrassed each time she accidentally digs into a neighbor's home.

“If Anything Happens I Love You”, Michael Govier Will McCormack.

Its story follows two grieving parents as they struggle to confront the death of their daughter, who was killed in a school shooting. 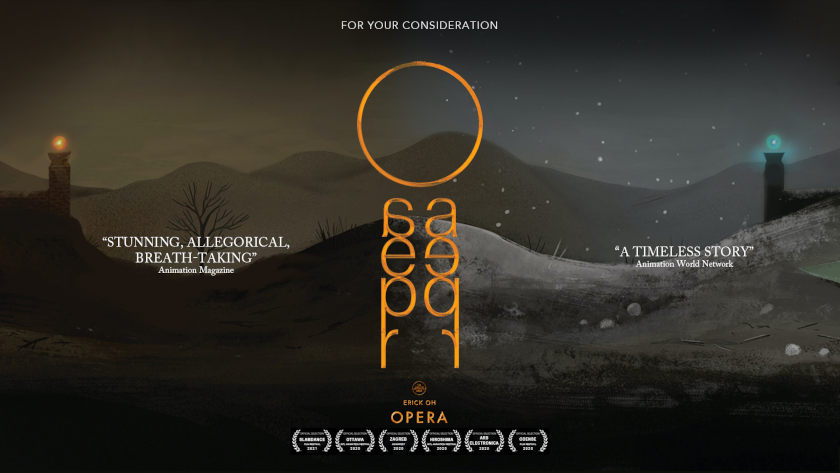 OPERA is a massive 8K size animation installation project which portrays our society and history, which is filled with beauty and absurdity.

The plot features a young gay man who has not yet come out to his parents, who unexpectedly has his mind magically swapped with his dog's

“The Snail and the Whale”, Max Lang and Daniel Snaddon

Animated story from the creators of The Gruffalo. A tiny snail who longs to see the world goes on an amazing journey by hitching a ride on the tail of a huge humpback whale.

A sprightly elderly man brightens the day of a little girl through magic.

36,000 years ago, in the steep valleys of the Ardèche, once an animal was drawn it became hunted. As hunting season draws near, Karou, the tracker, and his apprentice enter the monumental cave to draw. Their ritual is disrupted by a cave lion.

Members of the Short Films and Feature Animation Branch vote to determine the shortlist and the nominees. Nominations voting begins on Friday, March 5, 2021, and concludes on Wednesday, March 10, 2021. Nominations for the 93rd Academy Awards will be announced on Monday, March 15, 2021. 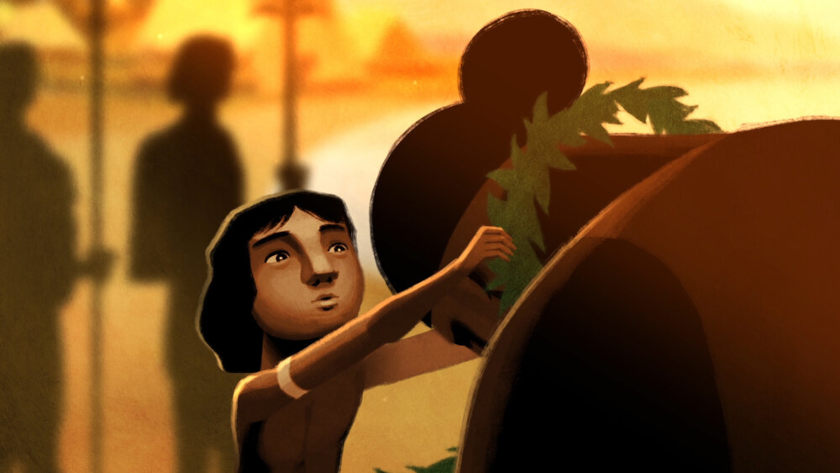