No PREXIT: Priit Pärn Stays at The Estonian Academy of Arts

his dismissal causedHis contract will be renewed for the next three years. 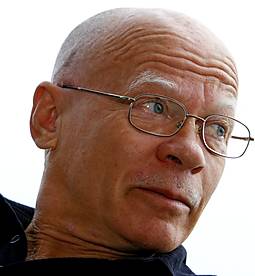 After the international furore that his dismissal caused (even though the Estonian Academy of Arts insisted it was not a dismissal), it seems that there is a happy ending - so no PRexit - for the acclaimed Estonian animation director.

According to Artun.ee, the Estonian Academy of Arts and current Professor of Animation Priit Pärn agreed upon the future teaching responsibilities at the Animation Department for the next three years.

The new Head of Animation Department will be Helen Unt (Out of internal worlds is her new film), also carrying the duties of Visiting Lecturer.

Ülo Pikkov (Body Memory) had already resigned from EKA, so it seems that the EKA graduate Helen Unt was a suitable choice.

Now, we're curious of what the next Pritt Pärn film will be like.