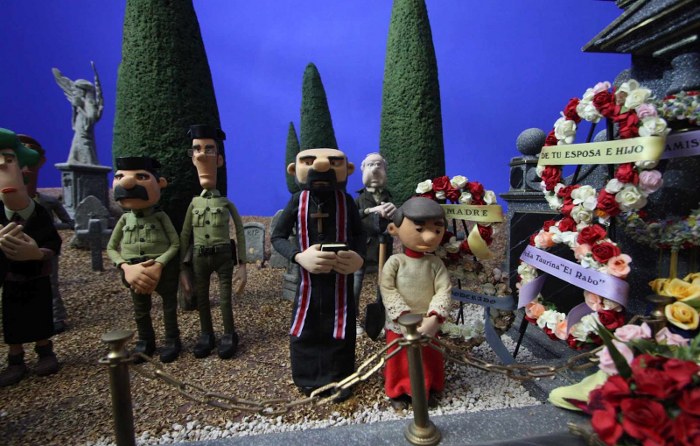 The film synopsis (via animac.cat) starts with the world renowned dancer, La Trini, whose husband and great matador, died as a result of a domestic accident. As if this were not enough her son Damian has begun to show signs of unexplained psychological disorder. The church and Father Lenin intervene, and all supernatural accidents start to unveil.

This clay stop-motion film is based on real events. POS ESO trailer seems like a welcome parade through cemetery, flamenco nights and the feeling of guilt.