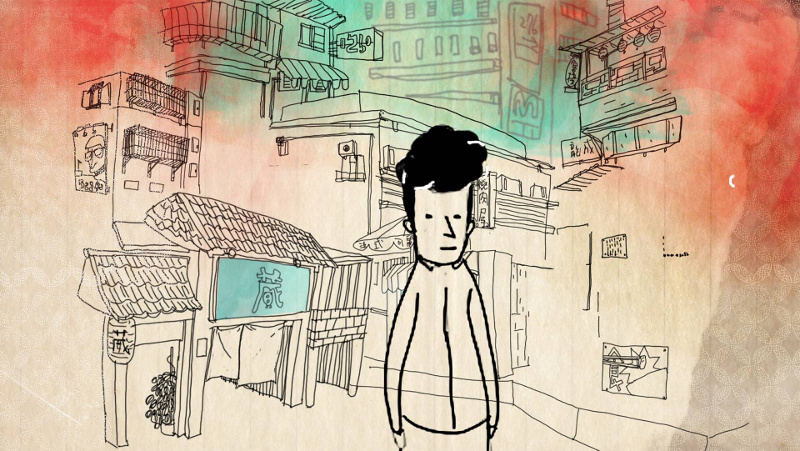 Ternier does not consider himself an animation director, but more of a director of the moving image which mixes different materials to serve his creative purpose.

This certainly shows in the 13-minute short, which uses split-screen environments, a modernist use of narrator sounds and voices inside your head and a fragmented (but very well-constructed) background environment, which only points to one word: trauma. The revenge act here is given between non-linear but legible flashbacks, and a bit of surrealism ensues with swimming fish representing the Evil.

Food (as in his earlier short, Le [email protected] en bouche) is here the sign of something else going awry, and only rotoscope is entilted to show the "actual" past crime. Reality is here relegated to a black-and-white fluid representation.

Without being overtly experimental in theme, 8 Bullets makes its traumatic story a well-arranged and always fresh pictorial experiment on human loss and guilt. It is experiential at its best.