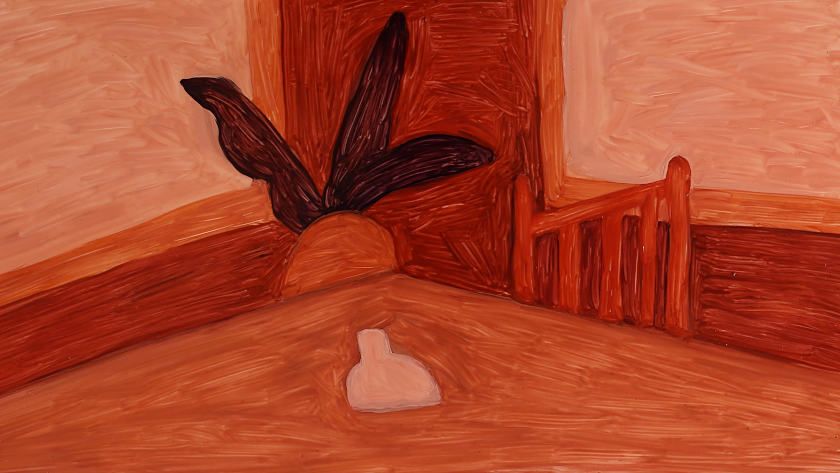 Huang Liang-Hsin talks to Joseph Norman about her 2D animation short titled A Girl Who's Afraid of Touching People.

A Girl Who's Afraid of Touching People is about a girl going through a surreal journey of facing her fear of touching people and intimate relationship. From her childhood memories to the present when she decides to invite someone to her apartment on a rainy day, we experience her emotions and feelings to her fear in an abstract and poetic way.

In conversation, Liang explained how the concept was to make a film where the main character was not shown. The girl, who is afraid of touching other people and the inherent vulnerability in needing to be touched and for intimacy, is not fully seen by the viewer, and her feelings are expressed through her surroundings and household objects; and the rain falling past the window lets the viewer feel the girl’s rawness.

Watch A Girl Who's Afraid of Touching People:

Liang drew strong visual inspiration from the painter Giorgio Morandi, noted for his calm and subtle off-white Still Life paintings. In the animation, the room interior and tea set on the table operate as a vector of emotion, with changing hues. Citing the influence of poetry on her approach, Liang explained how she used sound to establish a sense of routine and passing time within the girl’s apartment: the ticking clocks build an overwhelming sense of isolation and the urgent need for connection and intimacy. There is also a metaphoric quality to the use of colour to convey emotion such as red to express her anxiety: so ‘if she feels calm, it will be more light and peaceful colours’, which transition into more intense colours as her mood changes. 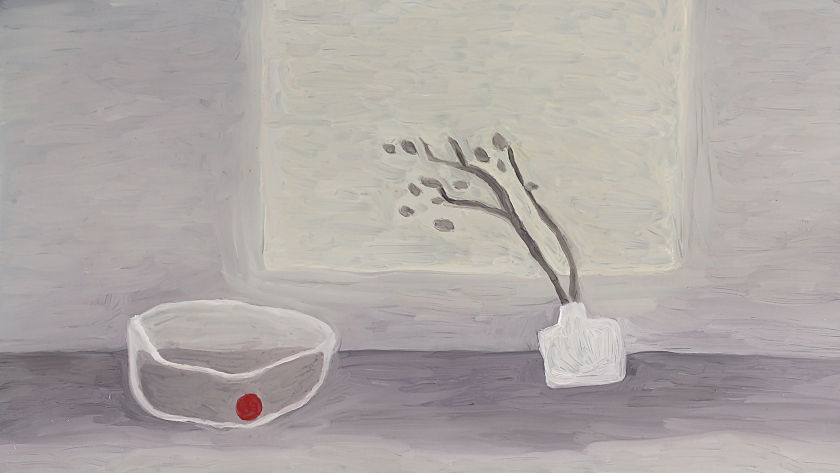 Liang uses titles for each chapter in the film and each one refers to a different sense of time; the first chapter depicts her bad memories from the past as a teenager. The second chapter is focused on her daily routine lasting several years and third chapter takes place over one day in the present. Part of the challenge in making the film was to use the environment to express subjective emotion and experience. As the viewer does see the girl’s hands coming into shot, the film is first-person point of view, to build deep empathy with the character’s lived experience.

Liang is drawn to using animation the use of different spaces and transitions to convey subjectivity, and she feels that the animated movement of objects allows her to mobilise the environment as a metaphor. Made using Dragonframe with oil paints over 4-5 months, the film has a strong liquid feel and retains a key open-ended quality, revealing the confusion of emotions flooding through the young woman.

Currently based back in Taiwan, Liang is now working on commercials and has a new film, ‘Lethe’ in the early stages of development: this is about a man who suffers from Alzheimer’s disease: after he passes away, he drinks water from the river. (In Greek mythology, people who drink from the river Lethe forget everything.) 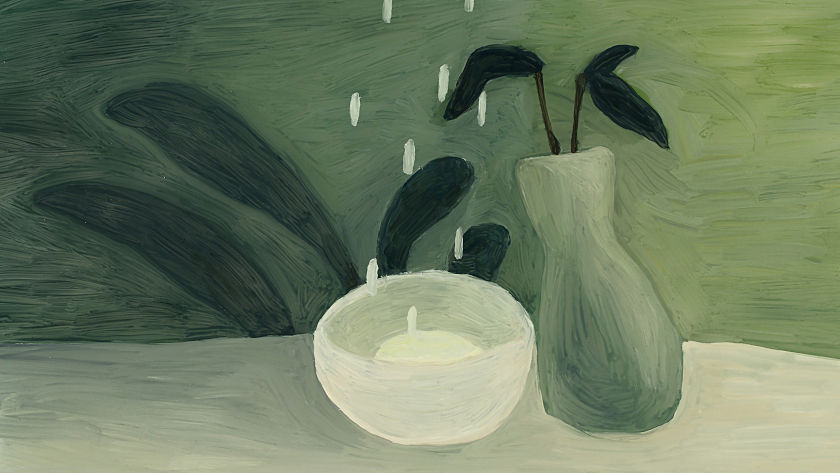 Film Review (Joseph Norman)
A Girl Who’s Afraid Of Touching People This thoughtful and introspective short film deals with a young girl who fears contact and intimacy with others and experiences anxiety. Throughout most of the story, we do not see the protagonist, and instead we find out the events through shadows, evocative sounds and animated household objects which come to life. There is a manic sense of urgency to the way that objects are touched, such as tree bark being clawed at, and this sense of obsessive, ritualized behaviour is echoed through the use of headed sections for each part of the story. Alone within her apartment, time ticks slowly by, as isolation takes its toll. Needing to interact with other people, she invites a friend to her apartment. The urge for intimacy is evoked powerfully through rapidly cut images which juxtapose lovemaking and household objects (a tea set), and the isolated equilibrium is shattered. The sense of arousal and urgency is ramped up through tactile breathing and a gradual deepening of the colour pallet from pastel to intense pinks.

About Huang Liang-Hsin:
Liang-Hsin Huang is a Taiwanese freelance animation director and illustrator. Keen on atmospheric scenes and hand-drawn art styles, her shorts often depict intimacy in people’s relationships and explore places, poetry and rhythm. She received a BFA from Taipei National University of the Arts in 2017 and a MA in Experimental Animation from Royal College of Art in 2019. She has experience working with magazines, music videos, and visual poems. She is now working on commissions and developing her new short film, Lethe.