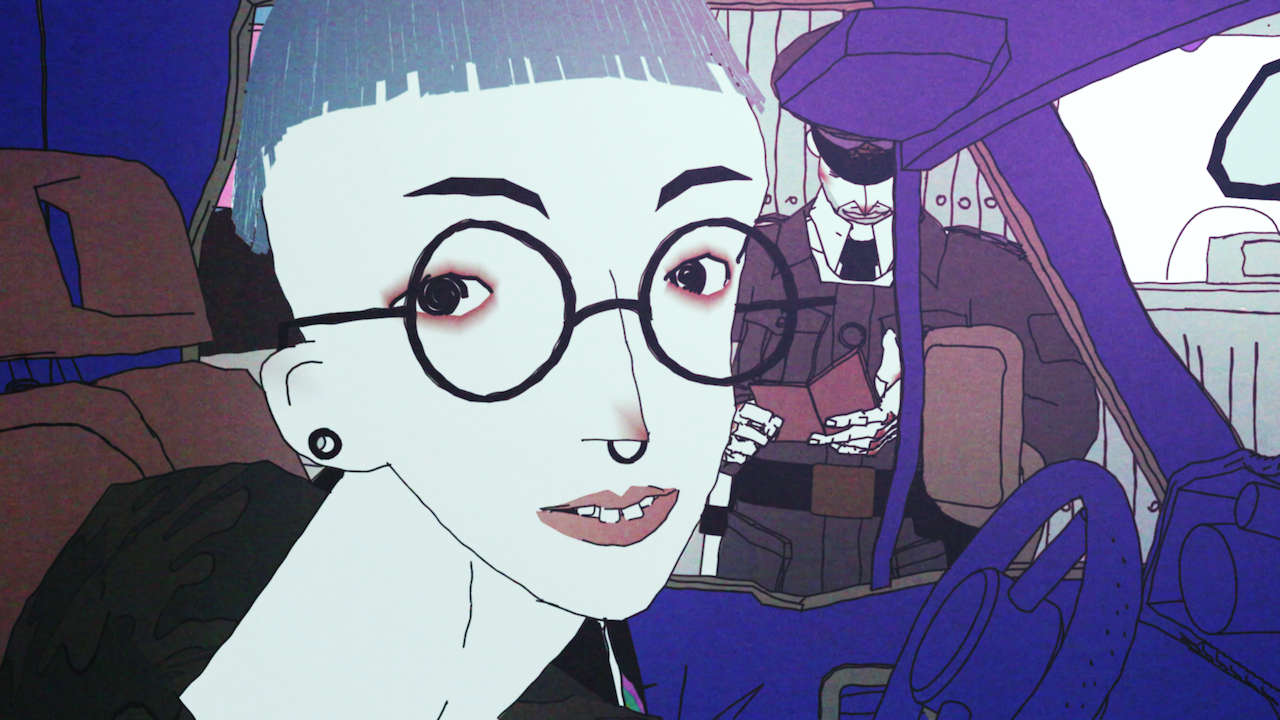 Somewhere in the Eastern Europe. Young runs away from her depressing hometown. That’s how she meets Skinny – a kind of unstable weirdo who lives in a camper and runs his not-so-legal errands. Their journey gradually leads them towards more and more eerier settings -Film Synopsis.

After the intimate (but ultimately inconsequential) Black Rain, Tomek Popakul (of the brilliant Ziegenort) returns with a well mapped out two-character study, set in a trip-hop kaleidoscopic environment, and within the subgenre of a road movie.  It has to be noted:  the term "character drama" here belongs to the realm of psychedelic primordial background soup, whose different turn the main female character constantly faces at every turn. Young (Daria Bulka), a backpack bespectacled adventurer, ready to elicit sympathy -even with a radical haircut and puffy eyes. Her travel companion, Skinny (Piotr Bucka) is the more colorful of the two, and the more adventurous.

Produced by Piotr Szczepanowicz and Grzegorz Wacławek of Animoon (who produced Marta Pajek's multi-awarded shorts Impossible figures and other stories),  the film screened at over 60 festivals across the globe including Annecy IAFF, Ottawa IAFF, Nashville IFF, Palm Springs and Denver IFF. The film qualified for Academy Awards® consideration, and won in our top animation shorts  2019 poll.

"Working on this film, I wanted to depict some very mixed and ambiguous feelings: fascination and repulsion, naive spirituality and „human dirt”, nature and civilisation, crave for colours and grey everyday reality in a post-communist landscape of Eastern Europe, ”says Popakul who is a graduate of the Lodz Film School where he studied screenwriting and animation.

As usual in Popakul's films, time has its own pace, but the 26-minute short won't rest its laurels in just a fanciful map of hallucinations -hence, it becomes more interesting as time passes by. Small narrative details and scenes (the grandma with the monthly pension, strangers who talk about Lenin's mummy) bring a wider socio-political flair to a trip of a young  (country?) finally needing to 'mature'. Animals here are suggestive (a waving cat toy in the van, a snake tongue of a stranger), but the real work has to be done by the two characters themselves. No small tricks, and the mo-cap atmosphere is here to suggest that the unreal is not completely hallucinatory, even though Young sometimes has to navigate through a 360 degree camera turn. Environment is not king here; the two people populating its space are.

Acid Rain employs a superb sound design (Michał Fojcik) that always promotes syncopated feelings, and (sometimes) cries the main characters are too oblivious to utter. Tomek Popakul has made a film that ultimately looks more positive than its initial premise. Acid Rain is a carefully developed example of what happens when you're trying to retrieve yourself from misery. The story has been told many times before, but its execution here drives the audience along its rain-filled trip. Not a 'anything experimental goes' animation short, here it matters not what the character see and experience, but what they cannot take it any more.