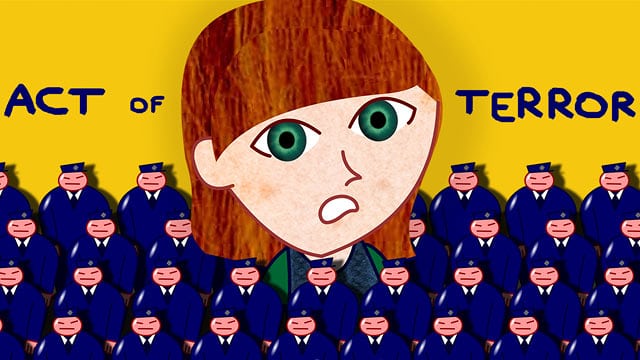 While filming a routine stop and search of her boyfriend on the London Underground, the filmmaker Gemma Atkinson suddenly found herself detained, handcuffed and threatened with arrest.

Act of Terror tells the story of her fight to bring the police to justice, and amend the 2005 Terrorism Act, which prohibits anyone from filming/photographing police officers.

Watch Act of Terror, animated by Una Marzorati as a sweet-looking (but poignant) educational video:

To learn more about the film and the cause it supports, visit actofterrordocumentary.com