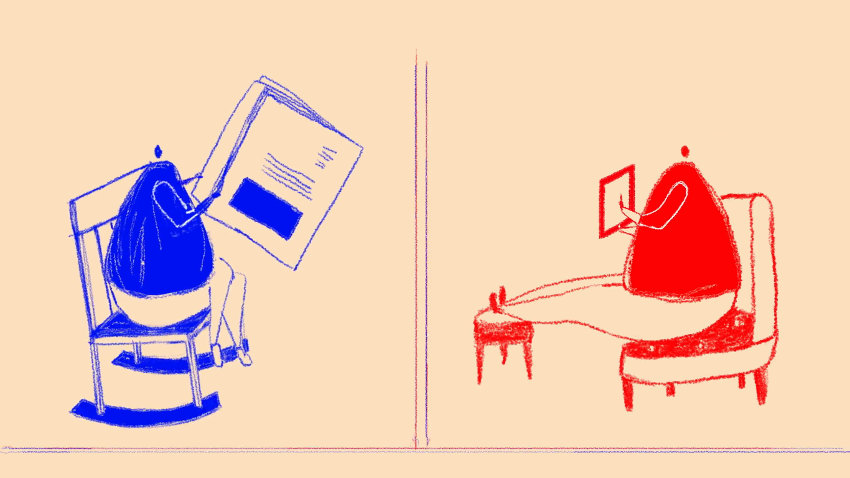 The film came out, as Shadab Shayegan tells Zippy Frames, out of the concern about uprising conflicts between Iran and America and never ending wars. "This grotesque movie portraits one of the biggest reasons of war, which is army trade, as one of the biggest trade in the world" she eloquently states.  "For me it is not completely clear how it is possible to talk about human rights in Western countries as long as army trade is one of the most biggest and profitable trade for America and Europe".

In a film without dialogue, the only monologue its director had in mind was just the question "are you kidding me?". This applies to all different film scenes, in which  an issue is "debated| and a fight follows. Not to shy away from pertinent topics, Shayegan doesn't want to do "political art", but she acknowledges that desperate times need desperate measures. "in this special situation, I had the feeling that I must put my finger on one of aspects of war which usually no one thinks about or don't want to think about, and is not covered in the media".

She can do this with a sense of caricature, and a narrative that brings different outcomes to different characters (the black character starts the war, but the red character eats the whole beef stake).  Animation can make a political caricature probably even better than any other media, and Are You Kiidding Me? works to that extent.

Neighbours, territories and fence have been around in cinematic language for a long time, the most easily accessible (and fine) example being, of course, Norman McLaren's 1952 pixilated Neighbours.

What Shadab Shayegan does here is a little bit different. She actually takes a third-person view to show the invisible (to the neighbours, but not to audience) forces which scheme, spy and act against both their interests. Using an initial symmetrical space, which can be altered but never completely eliminated, she shows with red and blue dividing lines that anything can be bent, if higher power require so. A pear-shaped character design makes the main neighbours too gullible to take them seriously, like a fruit waiting to fall from the tree. A country seems to become the object of a barbecue (and another fight) in the film's last scene.

Are You Kiddin' Me is a comic moral fable which stays in mind even after the fight has ended. It is slick, intelligibly narrated, and to the point.

Shadab Shayegan is an Iranian artist, currently based in Vienna, Austria, where she studies Animation at the University of Applied Arts.