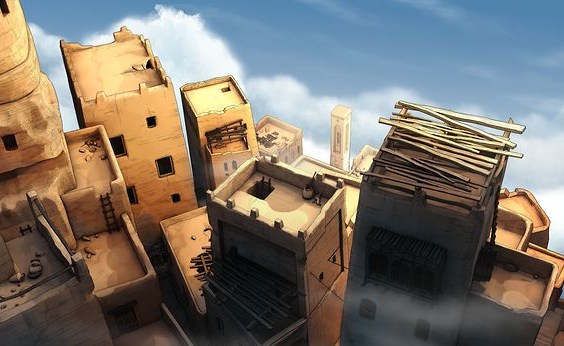 In the city of Bet She'an, where mankind is progressively morphing into crows, a sculptor decides to leave a trace of this dwindling humanity.

Panoramic shots and aggressive beak-people will never get tired of wandering through the ruins and hindering a lone, bearded man from finishing his enormous statue.

Directed by Bet She'an team and participating the France-based banditscollective.com, Bet She'an is a brilliantly colored and animated parable of the end of human civilization, and the need to preserve Homo Erectus, even in its solely artistic form.