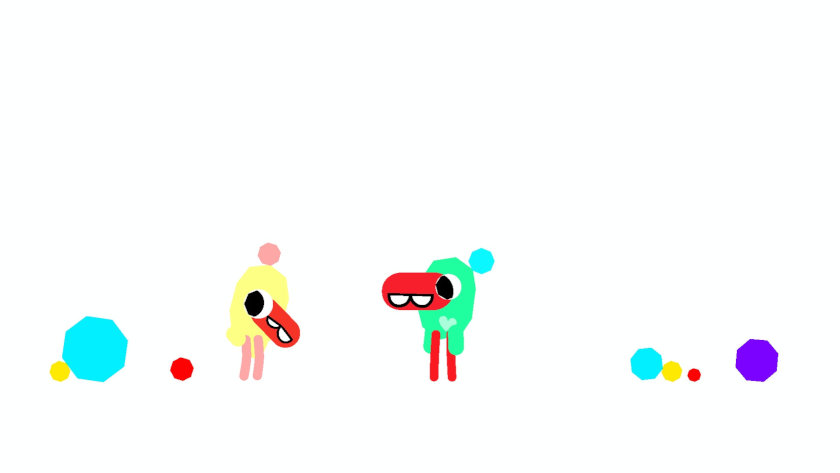 Scottish animation director Will Anderson always investigates the border between fiction and the meta-narrative in his films in a quite unique and still touching way. From the BAFTA winning ‘The Making of Longbird’ (2011) to 'Monkey Love Experiments" (co-directed with Ainslie Henderson) to the 2D film 'Have Heart' he always seems to have something interesting to say -and most of the times, in the first person.

Now preparing for his feature project 'A Cat Called Dom' , he finally released online the story of an animator's breakup. 'Betty' is really the story of animator Bobby; he gets partnered with Betty, but he loses both butter and Betty in the process (he will be able to recover butter). The acclaimed film is now online, and Will Anderson talked to Zippy Frames.

ZF: Does it make it emotionally safer to have a distance between the director mediating as a voice actor to describe his own character Bobby and his heartbreak ? Or perhaps the director is there just for commenting and fun?

WA: It certainly does make it easier to channel how you feel through something else… in a sense that’s what Betty is all about. The difference here is it can only go on so long before blowing up and falling apart. I think I started the film not really imagining that I’d put my own voice through it; but as time went on it began to make sense that it should, even though (like most people probably) I hate the sound of my own voice. I do love the idea of a film that’s mega-playful and meta and messes with expectations… I think a few of my films have done this sorta thing in the past.

Watch Betty by Will Anderson

ZF: Some of your films have stop-motion, some of those live-action; this is completely in 2D. Do you think that the flat, computerized design you used suits you best? This is a practice that you have followed in 'Have Heart' as well.

WA: I think I’m more naturally lean toward 2D for my own work. The mix comes with working with someone else, normally Ainslie Henderson, who has a very different aesthetic to me using stop-motion puppets. I quite like that this affects the work we make together. Ainslie and I often discuss the reason for things being animated… and feel like the most successful work answers this question well. In our film ‘Monkey Love Experiments’, the animated part was the main character, Ghandi, and was animated so we could completely control the performance in a live-action setting. For Betty, digital seems right as I am sat at my computer pulling things together and apart. It feels oddly intimate and fitting that simple shapes are brought together to tell a personal story.

ZF: How does it feel not working with Ainslie Henderson in the Betty short?

WA: Ainslie and I have a pretty positive creative relationship… and we both take time to make work together as well as separately. For Betty, this was very much my story as it’s such a personal thing to me (feeling heartbroken). I do think anything we do is unavoidably influenced by each other though… he has a thanks at the end ;) As a person Ainslie has been an important figure in my life, and I think the way he makes films shapes the way I do too.

ZF: Why Betty herself won't talk?

WA: Betty is mute out of necessity… I felt it was sort of fitting that she isn’t really there at all. I think it isolates me further as a character in the film.

ZF: Ιs it easier to you as an animator to work revealing the glitches and imperfections of your characters as you go along? Does it make your work faster because you 'improvise' or you still need to orchestrate and mastermind the whole thing?

WA: I’ve always tried to make the animation I make as quickly as humanly possible to try to be as improvisational as it can be. Animation, perhaps obviously, isn’t really great for this in the traditional sense… but with computer animation you can build things in a way that things can surprise you. I find that really exciting. It’s partly why I am so interested in rigging for animation. I’m looking for ways to be able to improvise with my work more. Glitches and imperfections are part of it I think… and because they exist I think it feels more honest showing them on screen when I can. 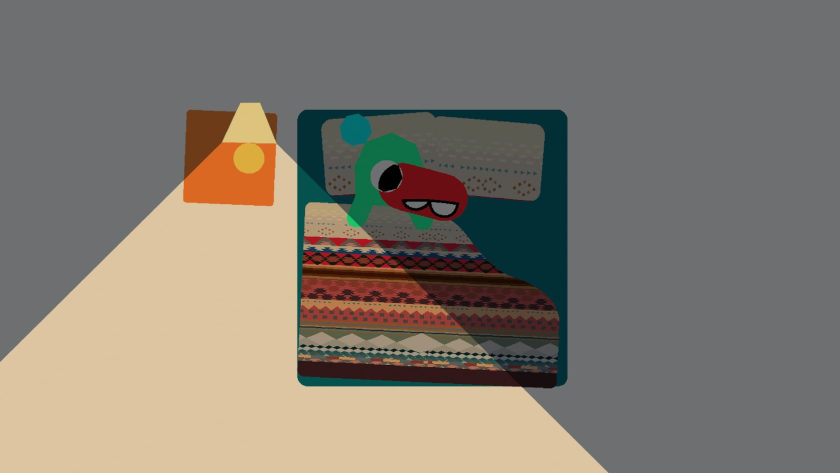 ZF: How long did it take you to make Betty? Did its schedule trouble you in any way or it was business as usual -after all the films you've made so far?

WA: I think it was around 1 year in my spare time. I quite like making films that way… particular if you are making a personal thing… I do this because I love making films, so it shouldn’t feel like a job when it can. It also takes the pressure off. I say in the film I just needed to find a way to put a feeling into something tangible… and the film is that. It’s like channeling something that feels very puny into something that actually exists, and perhaps makes people laugh, smile, or cry a little. That feels much more useful than just feeling crap.

ZF: As a director, you manipulate your characters in front of other people's eyes, just like actors getting forced to have another take in front of everybody. Some people would find it cruel. Do you agree with the statement or I'm missing something here?

WA: Haha, I’m not sure if it’s cruel… but I’m aware that it’s manipulative. Making films is like organizing your thought, I think… sometimes it’s messy. I feel like with Betty it’s helped me grow though, a little.

'Betty' is surely a film to reference; a film which is not swallowed under the burden of its own self-reference (kudos to the mostly playfully primitive character design), and essentially an honest film -and ultimately soothing as well. - Vassilis Kroustallis