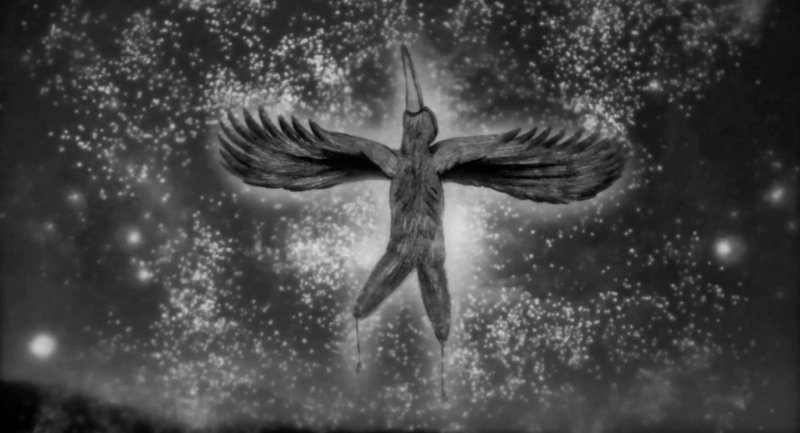 Film Review (Vassilis Kroustallis):
The fact that Chulyen, A Crow's Tale is mesmerizingly disturbing would be an understatement. Inspired from The Crow Story of The Tanaina Tales from Alaska, it gets your attention from frame one. Two different creatures meet at first to prove that power struggles only have one end, and the game continues. The design the close-ups of the crow with the beak are majestic enough, and crow movements (especially when he is trying to navigate the canoe) even provide a comic relief. Yet, the fact remains that the essential ambiguity between being a man and an animal (and a predator and a well-meaning friend) drives his whole adventures, and our appreciation of the film itself. We all wonder what is hidden behind the (removable) beak, and whether perhaps the crow would resemble one of us. And this is the most disturbing thing.