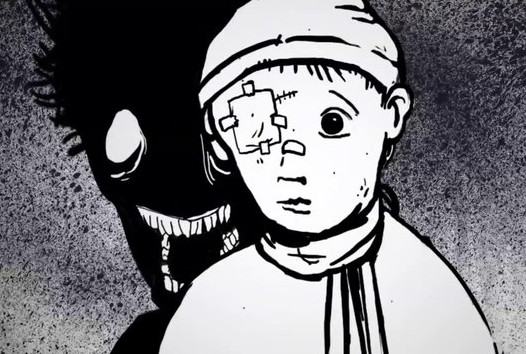 Class of Death by Pavel Soukup

Not your ordinary class. The ominous universe of Class of Death by Pavel Soukup. Watch the film.

Rybnicka Grammar school has a new tradition – one pupil dies in Miss Zimova's class every year. Is it some kind of a morbid coincidence or are those pupils really cursed? If so, are they cursed by some supernatural power or does human cruelty play a role?

A film that stands between the demonizing children of Village of the Damned and the ominous (but open-ended) situation of Haneke's White Ribbon, Soukup's Class of Death (Třída smrti) uses masterfully the expressionistic techniques to get the feeling of being followed, haunted, and finally left alone.

First-person narration does not make the event less frightening, but rather focuses attention on the masterful play between black-and-white shadows and creatures on the one hand, and terrified children faces on the other.

The fact that the film is inspired by real events adds an air of inevitability to the cinematic image.

Pavel Soukup is a Czech animator whose previous outings include the morbid but powerful Tumorrow Never Knows.