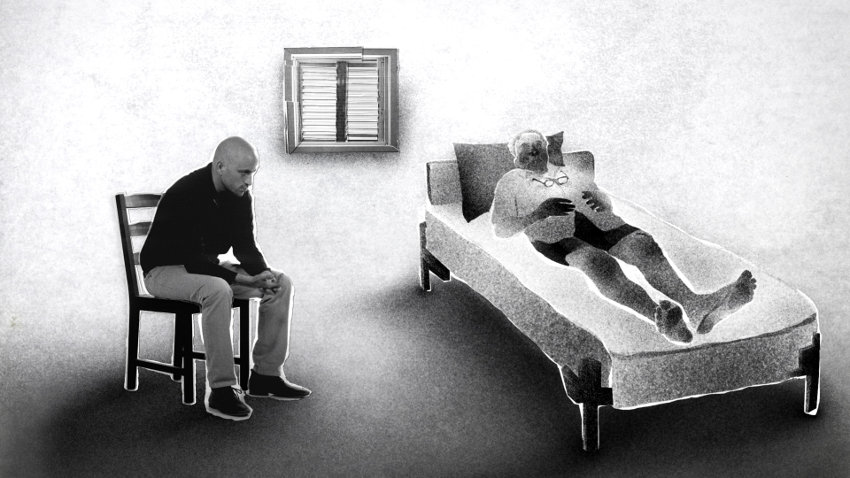 How close can you look into a human drama, and in which way are you to express this through your technique? Still photography, stop motion and rotoscope animation are the ingredients of New York-based Israeli animator Ynon Lan, a graduate of the Bezalel Academy of Arts and Design. His task to represent a personal relationship.

A young man tries to hold on to the image of his sick grandfather, by piecing together fragments of memories in Close the Shutters animation short, which screened in 30+ international animation festivals.

Zippy Frames talked with Ynon Lan to learn more about the film and its conception.

ZF: What was the biggest challenge in making the film? Getting more personal and closer home or getting the film made?

YL: I would say for me the bigger challenge was getting more personal. I started out working on this film with a concept that was very different. It was much more elaborate and was not based on my personal experiences at all (or at least I did not realize it was at the time). Through the process of developing it, I realized what is the real emotion that is lying underneath it all, and then decided to strip all those extra layers off and stay only with the core theme that was very close to my heart. Reaching that revelation was great, but it also meant that I had to deal with difficult emotions and experiences, and to be willing to share them with an audience. It was not easy, but I’m very happy that I crossed that barrier.

ZF: Why did you insert the drawing board scene and not something completely different?

YL: The memory scenes in the film are based on my own personal memories of my grandparents. Specifically for the drawing board scene, my grandfather was an engineer and he had a desk with a lot of rulers and different types of technical drawing devices and old plans, so I based that scene on that detail from his life. 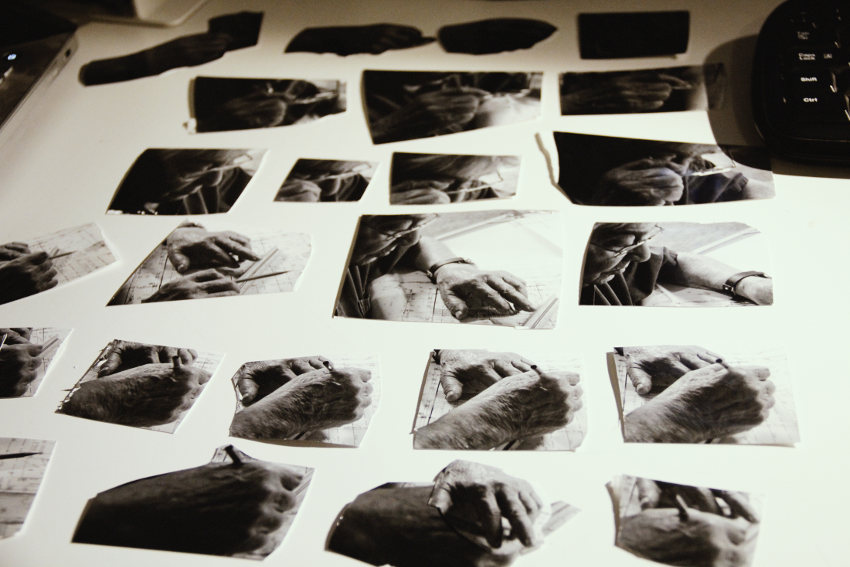 ZF: How did you think of the extreme close-up and totally experimental stuff in the end (hair, skin, plant etc.). It is impressive.

YL: In the film I wanted to create a visual dichotomy between what the young man’s character sees as valuable and meaningful, and what he sees as fleeting and meaningless. The faded rotoscope animation represents the things that pass him by on the street without leaving a lasting impression. The collages of still photographs represent the memories that he is trying very hard to hold on to.

The ending sequence of extreme close-ups is his last attempt to try and keep the image of his grandfather alive in his head by remembering every hair, and every part of his hands and skin. The sequence quickly cross cuts between these textures and textures related to nature (leaves and tree barks) and to the burial ceremony (sand and stone). I wanted to suggest that the young man is holding on to the memory while the grandfather is slipping away.

ZF: Do you also believe in art that the more limited you are, the more valuable decisions you can make?

YL: I do. I believe this is true in most things in life and definitely in art. A limitation forces you to think about what is really important and what’s not - because you simply have to choose. If you have a limited budget to make a film, it will force you to think very hard about how you can tell the story that you want to tell and convey the very specific emotion you want to convey with limited means. Sometimes out of necessity you come up with creative ideas that you would not have come up with if you had an unlimited budget. I also really enjoy minimalism and reduction. I enjoy using animation not in a fully-rendered and realistic way, but in a more reduced way that reveals just specific aspects of something. I think these limitations help distill complex subjects into their essence.

ZF: How did you work with your composer? the music (and sound design) permeates the film

YL: I was fortunate to work with Daniel Markovich who is a very talented musician and composer, and Ron Cohen who did a wonderful job on the sound design. They both helped create this rich world around the animation and I cannot imagine the film without it. I started the conversation with the composer by describing the tone and general style that I was looking for. I knew that I wanted strings played in a pizzicato style, and that I wanted the music to convey deep emotions but in a more experimental way (I was afraid that a more traditional somber music track would make the film melodramatic).

I laid down a few reference tracks over the film’s animatic in the scenes that needed music, and added ambient sounds in scenes that did not. From there the composer just took it away. He worked with a talented violin player to record the main theme as well as an array of unique and unconventional sounds that he later layered together. Since the animation is very minimalistic, the sound design played a crucial role in creating the space and texture around it, both in the street scenes, the opening sequence in the dark room, and the subtle sounds of the memory scenes. 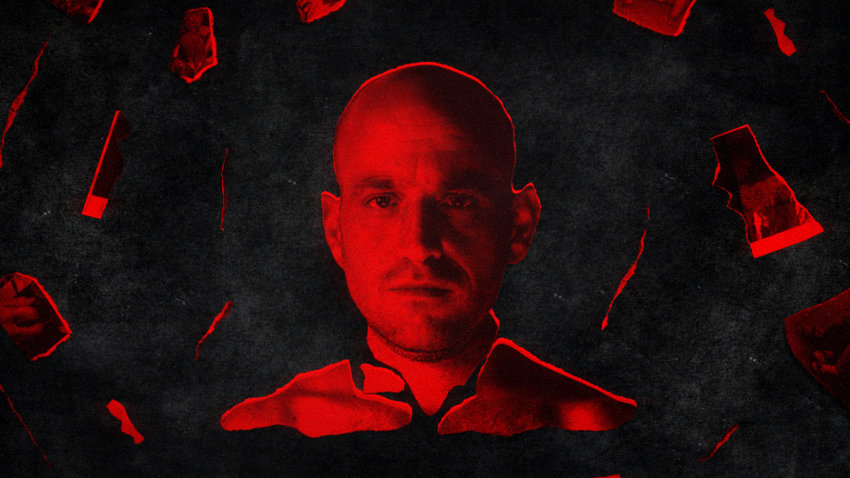 Close the Shutters is a film that guides you in its varied rhythms,  tones, and visual cues. From the big world of the city to the smaller intimate rooms, there's always something both to draw your attention to and distract you from your main purpose (birds, other people are such a cse). Whenever cut-outs bring you closer to your main aim of really understanding, it is left to the direction to expand your field of view (even in extreme close-ups). Close the Shutters really asks about our relationship between the big and the small, the intimate and the official. It is a film that leaves you with a big, open-ended question mark, but still satisfied that you were not easily deceived in these snapshots -and shutters.