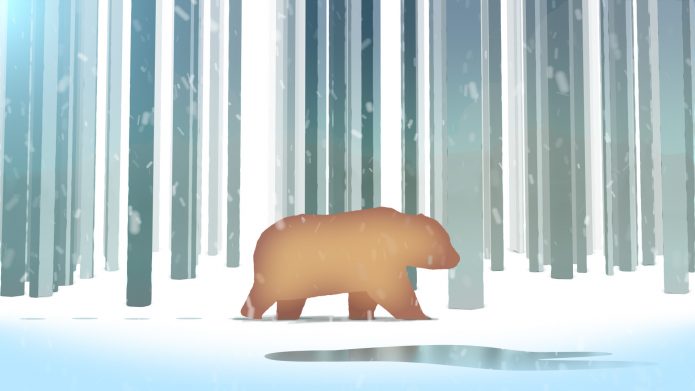 Cold Hearted Land is a journey in places and animals created by London-based animator Tom Munday from the debut album of Steve Puddle and his Bivouac Band, WAA!! Radish.

The film follows a bear on a journey until the bear can bear the journey no more. Watch the short:

Animals are faceless but not characterless in Cold Hearted Land video. Even though the idea is simple enough, camera panning and loop movements make this never-ending l journey a hopeless musical adventure.

Animals can only observe their surrounding to disintegrate, and, as the lyrics go, for the first time, they have nothing left to feel. Animated in a combination of 3D, cel and hand drawn, it was initially envisioned as a live visual before evolving into a fully-fledged music video.

Tom Munday is a freelance animator producing motion graphics, music videos and short films in a wide range of styles. His previous films have screened at the British Film Institute, ICA, and various international festivals.