Common Side Effects by Udo Prinsen 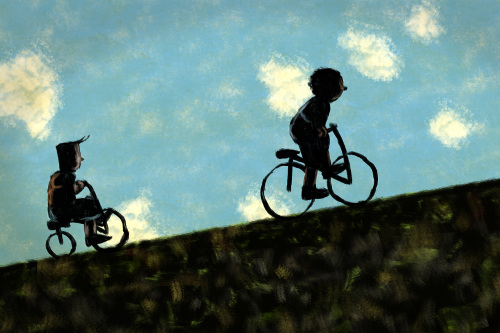 The film is inspired by the novel 'The Shock of the Fall', paintings by Henk Chabot and produced in cooperation with Ambo|Anthos publishers.

A grown-up writer types some common side effects of an unknown disease, while at the same time the past reality of two children provides the clue and the dramatic peak of the story.

Udo Prinsen uses well the painterly film image along with typography to boost the almost shocking story revelation.  The novel is written by Nathan Filer and published by HarperCollins. Its US version 'Where the moon isn't' appears under the umbrella of st. Martin's Press.

Dutch director Udo Prinsen is the creative head of Carambolas Films . Music in Common Side Effects is provided by Clive Wearing (Malcanisten).