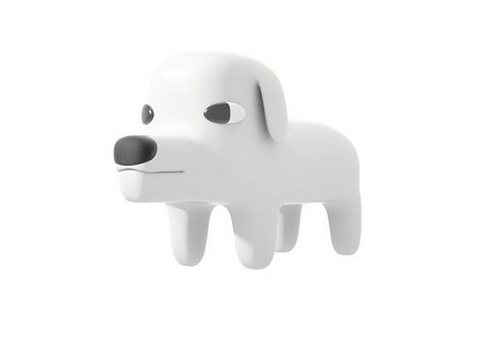 From an artist who describes himself as chaotic, spontaneous, and moving away from conventional methods often associated with short animated filmmaking, Royal College of Ar graduate and UK artist Peter Millard knows how to entertain your visual and audio senses by being as unpredictably simple as he can be.
In his new short, Dogs Minds, he explains that Dogs Minds was pushed too far and theres no going back.

During the 6-minute exquisitely choreographed, meticulously nonsensical short, a live-action documentary segment and aural delight (Look Who's Talking has now its doggy equivalent) turns into an animated punishment for things better left to the dog's own devices.

Frame and constant shot changes, English subtitles for two languages (the dog master and the dog slaves), and the end regeneration almost make clear that dogs minds are too close to humans -to their own psychotic detriment.

Peter Millard has also made the 2017 Ottawa International Animation Festival trailer. You can find all his work in his personal home page.