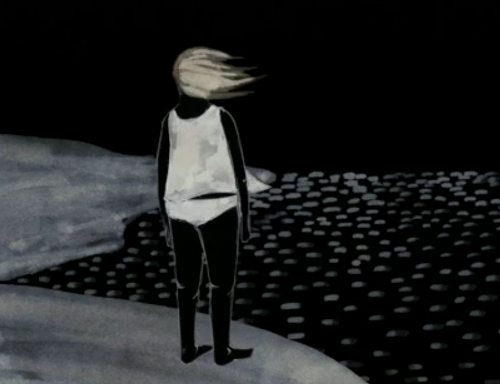 After spending the night together, a couple parts ways. Guided by the activities of the man's morning rituals, she travels into a dream accompanied by the rhythms of the morning train and finds herself alone once again.

The fluidity of images (pyjama stripes turning to waves and then to bare tree branches) and the simplicity of its design help the Morning Train tell with eloquence a well-known story of love and despair.

Morning Train was the graduation project of Swiss animator Delia Hess , University of Arts and Design in Lucerne, Switzerland.