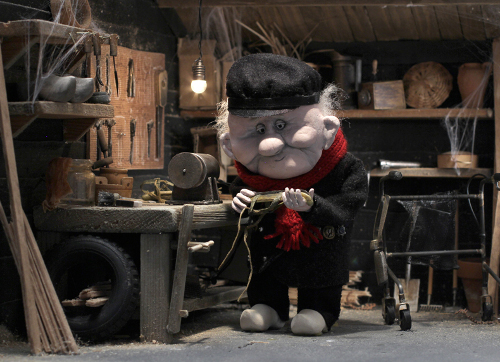 Mister De Vries (93) sits at his window awaiting his death. Until one cold winter day he is surprised by the arrival of a parcel. When he subsequently sees a pigeon flying off he knows that this is no ordinary message. His time has come. Mister De Vries momentarily hesitates to open it. When he chances it, he finds his old Frisian skates. There's only one thing to be done.

The stop-motion short is as warm as the layer of clothes the characters wear, fluffy but well-designed. Questions of memory, old age and recreations of youth surface in the poignant short - a fine exercise about the need to connect.

Mascha Halberstad has not used computer effects for creating this short. The film is produced by Viking Film , in co-production with NTR Holland.