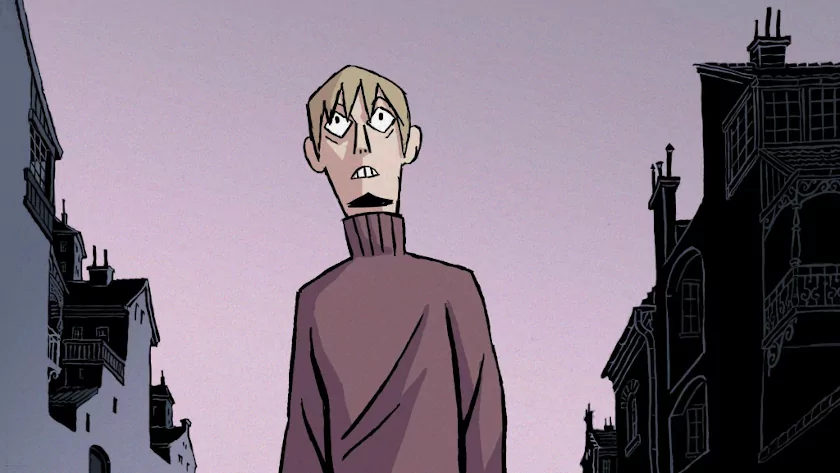 A petty thief takes shelter in a rundown apartment building to hide from the policeman chasing him. But none of them expects what awaits them inside...

In an environment full of angular menacing but beguiling shapes and camera tilted shots that brings the best of a film-noir atmosphere,  Miklós Felvidéki places his main character in an entertaining crime-and-punishment story.

Miklós Felvidéki is an animation filmmaker, illustrator and comic book artist. He attended MOME (Moholy-Nagy University of Art and Design, Budapest), animation department where he graduated with a Masters degree at 2016.