The synopsis looks promising and the theme really engaging and pressing. Polish animation director Mateusz Jarmulski (The Visit) animates the sounds of women's right protests happening all around Poland in the animation short 'Horsetail' (in turn, turned into a dark revenge story - inspired by the Slavic folk culture).

Animation protest films have now had a resurgence (think of the recent collective animation short and a cry for women's rights) in places where policies are less than liberal. The short film 'Horsetail' (production: 130701 Records and Cola Animation) is a collaboration with musician Resina, and has an interesting twist.

We talked with director Mateusz Jarmulski about the film:

ZF: How your translated the story this into visual images? Are we having the theme of the oppressed who became the oppressor?

MJ: The film tells a story where an independent woman, often alone, living on her own terms, outside of her community is found to be a witch. And she becomes the scapegoat when the blame is sought. This mechanism has appeared very often in history, but in the film, the victim becomes the oppressor and with the help of natural forces, considered impure and evil, takes revenge. As viewers, we then feel the satisfaction of the punishment meted out, even though revenge in reality is not a good solution. But in a folk tale it is acceptable and cathartic and the vision of torturing our enemies is sometimes purifying and is a vent for our anger. The script is based on stories that date back to the 19th century when witch-hunting ceased, but the film's story is culturally universal and not an adaptation or reference to a specific folk tale. Instead, it contains Slavic elements such as a house on a chicken's foot and folk devils.

ZF: When did the story and the film come into existence? I also understand that the collaboration between Resina and you was an ongoing one.

MJ: ​​Mona Chollet's book "Witches" was a big inspiration for the film. Thanks to it I understood the mechanisms that are covered by generalizations about the role of women. The song Horsetail from Speechless Resina's new album was a perfect fit for the story. It is trance-like, yet constantly escalating, powerful, even apocalyptic.

I've been working with Resina for years and have made several animated clips for her, as well as animations for her concerts. Knowing the concept of each album and the inspirations behind it, it was easy for us to find a common ground during this project. 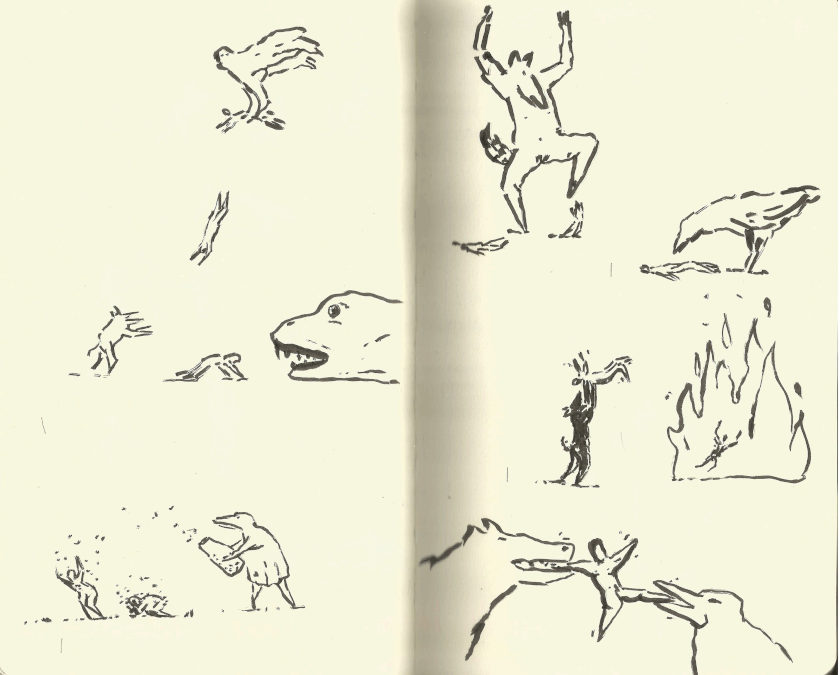 In her music, partly classical instruments are not used to create classical music, she mixes them with electronics, reaches for modern solutions especially in the approach to the choir and voice parts, there are also strong elements of folk music - dirty and primitive.

ZF: Can you tell us a little bit more about the film's world? The horse, the various animals, and perhaps their symbolic function?

MJ: The world presented in the film is a folk tale full of elements of nature, which I used often intuitively and later discovered their meaning. For example, the bird that leads the protagonist through the mountains is a lark, which in Polish folk tales foretells death, while the horse in this story represents strength and ability. 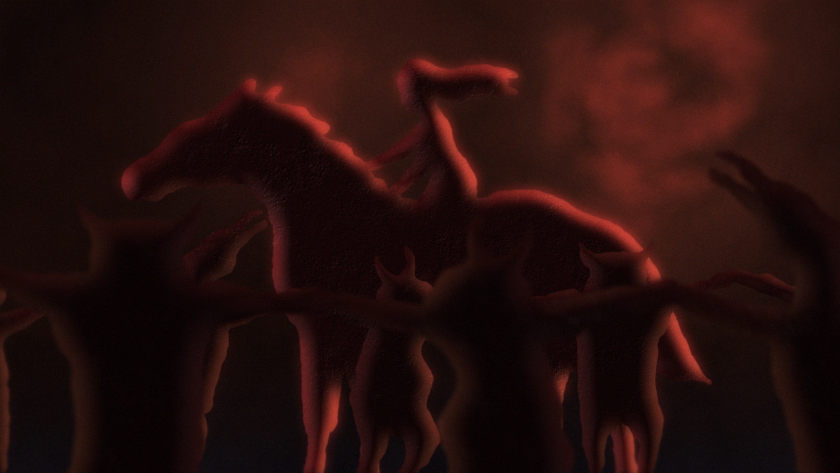 ZF: The camera is very simple and direct here, like long tracking shots. Was that intentional?

MJ: Visually, I wanted to relate to old animations made on multiplane in half-flat technique, like in those old Polish Moomins or the visual solutions known from Piotr Kamler's films. The lack of camera movement and close-ups was intentional because I wanted the shots to look like wide reliefs. Technically it is a 2D animation with 3d elements. First, 2D stop-motion drawing animation and then complex post-production creating a multi-plane and 3d

ZF: How long did it take you to make the film, and were there any challenges you faced, technical or otherwise?

MJ: Pre-production took about a month and animation and compositing about 3 months. The biggest challenge was to find the right style that would work with the story. I kept asking myself if such simplified characters were appropriate for the story. I worked on the film completely alone so COVID isolation was not a problem (and I got sick of COVID right after finishing the film).

Watch the Making of

ZF: The film is powerful in its iconography. Was this especially conceived for the occasion?

MJ: The artistic solutions are completely original and are the result of fascination with folk art, beliefs, stories, as well as old solutions in animation.

ZF: This is not just another indie film, but a film focusing on very tangible social issues. How are you going to 'distribute' the film and make more people aware of the situation?

MJ: The film was not made out of any calculated effort or even idea to show the problem, rather out of a need to throw out emotions. It was only the reactions of my friends, who watched the film before it was finished, that made me realize the power of this film. I am aware that the aesthetics (both visual and musical) is not what is popular in the mainstream, but the internet can be unpredictable...

ZF: Are you optimistic about the current situation and the right to abortion in Poland?

MJ:If the government changes in Poland, there is a chance. Unfortunately, the problem is quite deep because religious fundamentalists have penetrated most of the power structures and they create the law in Poland. More and more they move us to the world from Margaret Atwood's books. 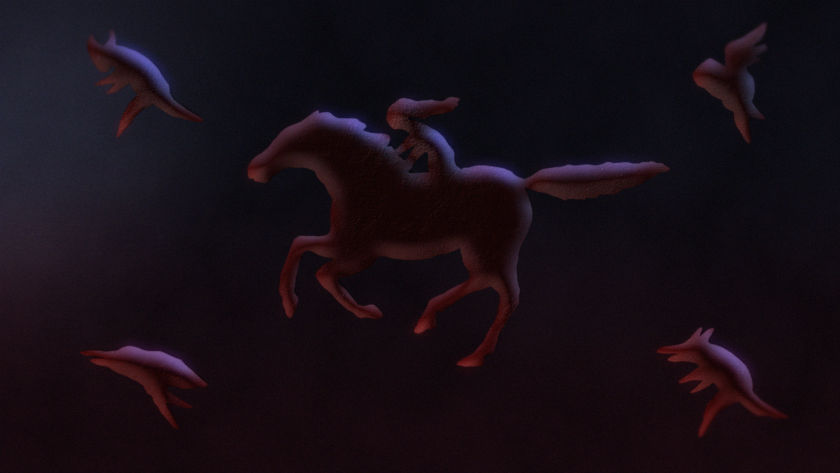 While the film 'Horsetail' shies away from an overtly protesting character, it is still a powerful mix of visuals and music to present a situation where the face of the evil is shown at your face -and you need to take your own stand. Deserves to be widely seen.

Mateusz Jarmulski is a director and scriptwriter of animated films as well as an animator. He graduated from Polish National Film School in Łódź where he studied animation. He worked at the Se-ma-for studio, where he was in charge of the VFX for „Peter and the Wolf” (Oscar 2008). He collaborated on the production of „The Lost Town of Świteź” by Kamil Polak. He formed part of the team that created multimedia projections for POLIN Museum of the History of Polish Jews. His films were broadcasted on TV and screened and awarded at festivals among others in Stuttgart, Seoul, Begrade or Hiroshima. Currently he teaches animation at the English-speaking New Media Arts faculty the Polish – Japanese Academy of Information Technology. „Hug me” - a preschool series he's directed was acclaimed and broadcasted in TV and at festivals. „The Hunt” is his latest, author-driven short.