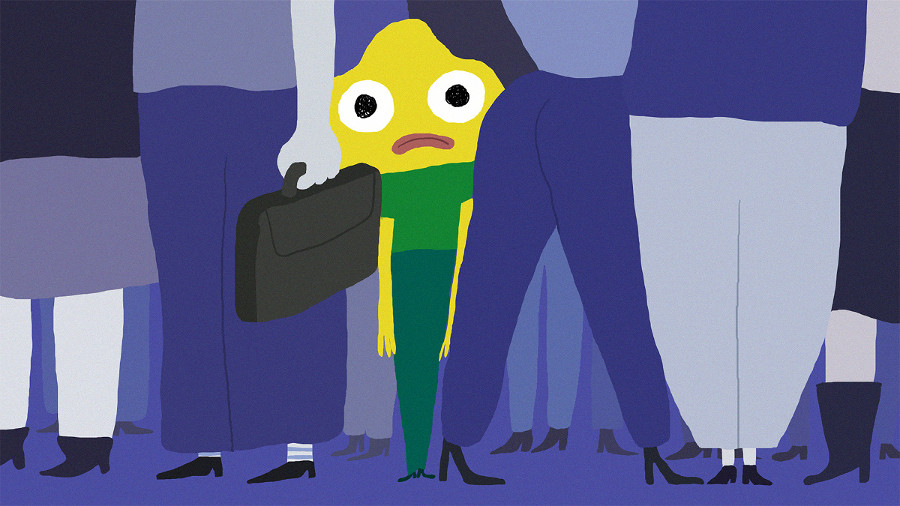 How Are You Today? by Sophie Markatatos

A highly potent story of outcasts ordered to be happy. Watch the brilliant short How Are You Today? by Sophie Markatatos.

Sophie Markatatos is a UK graduate (of Greek origin), with studies both in EMCA and Gobelins (France), and she likes to turn ideas into visual things.

The film can be effectively described as a youthful, urban and highly dramatic version of Santiago 'Bou' Grasso's  El Empleo, with a second character added to share the capitalist work burden.

Character design and movement fits perfectly with the inherent tendency of animation to shrink, suppress, eliminate - the theme of How Are You Today?

Constant figure of drinks leisurely drunk with straws here functions as a threat to the main character, and canned phone messages will do nothing to alleviate its suffering. The deeply saturated colors work as menace intensifiers, while a bully afraid of closed spaces provides the main dramatic arc - in a world where the only oral means of communication are beeps and noises. Nothing of good will happen in the end (which matches the opening birth shot of an entrance with a closing shot of extinction) in this invigorating, potent animation film.

The film had already been included in our 2016 poll for the Best Animation Shorts. Watch also her In Between film (2012).