I Don't Like The Comics You Drew by Lei Lei 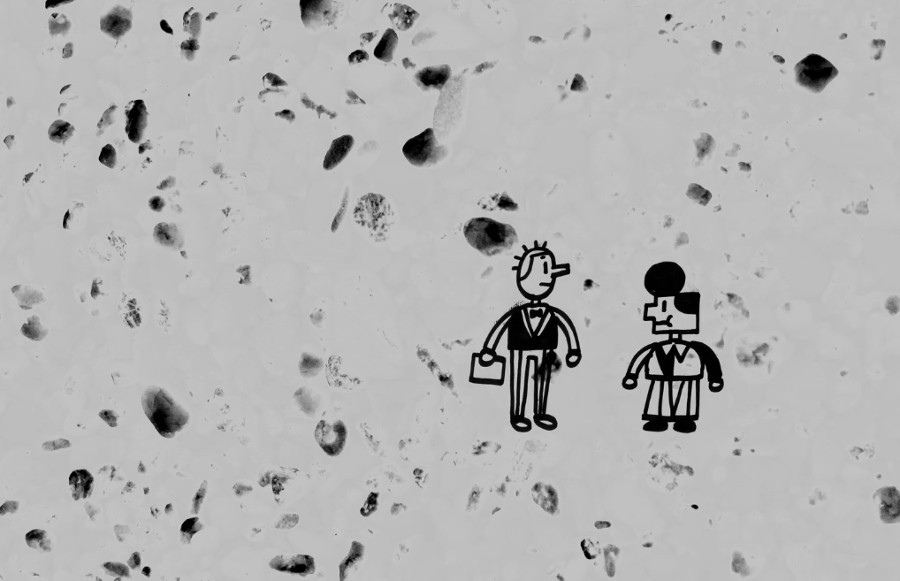 Self-described as  'an up-and-coming multimedia Chinese animation artist', Lei Lei has made himself quite a name in the festival circuit, with his bold and carefree dadaistic approach in films like This Is Love (2010 Best Narrative Short at Ottawa International Animation Festival), and Recycled (2013, Grand Prix - non-narrative shorts Holland International Animation Film Festival). In March 2018, he joined the Faculty of the Experimental Animation Programme at the California Institute of the Arts.

Dave draws the first page of his comic book and excitedly shows it to his friend Lei Lei. Lei Lei is not impressed.

As always, in the films of Lei Lei you need to pause and even freeze screen, for the wealth of information can be overwhelming -yet here, script is part of the natural fun. Lei Lei is kind to his characters, and rejection is only the first step to actually argue about everything but the kitchen sink.  It is the discourse that matters here (the two friends mostly remain on the same frame together for most of the screen time -apart from the refrain). A crazy TV and rocket world  -mostly in black and white, but also in color- tells us that what matters is not individual creativity, but rather a joint reshuffle of communal resources. But nosey here can actually be an advantage -use it wisely.

The film received the Best Award for Music Video at the 2018 Anifilm Festival (Tepice, Czech Republic).