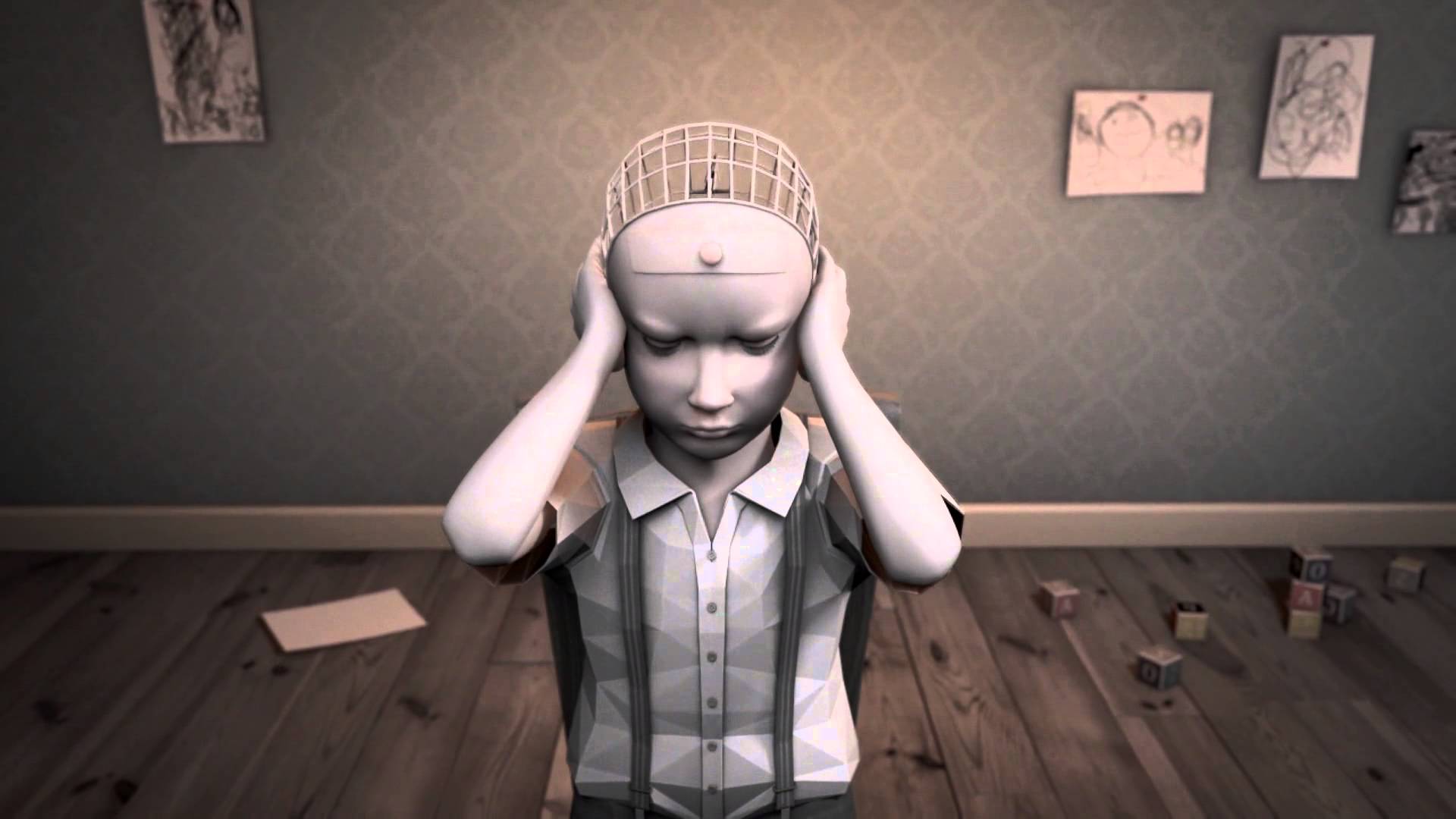 In Je m' appelle Nathan (My name is Nathan), a little boy is troubled by a paper bird, which is located inside his head

Looks like Being John Malkovich. However, here the paper bird just needs to rest on its own swing, far away from the petty troubles it has to pick up. The quote reads : "I am alone in my gondola, I am trapped in the sky, My name's Nathan, I don't like the real"