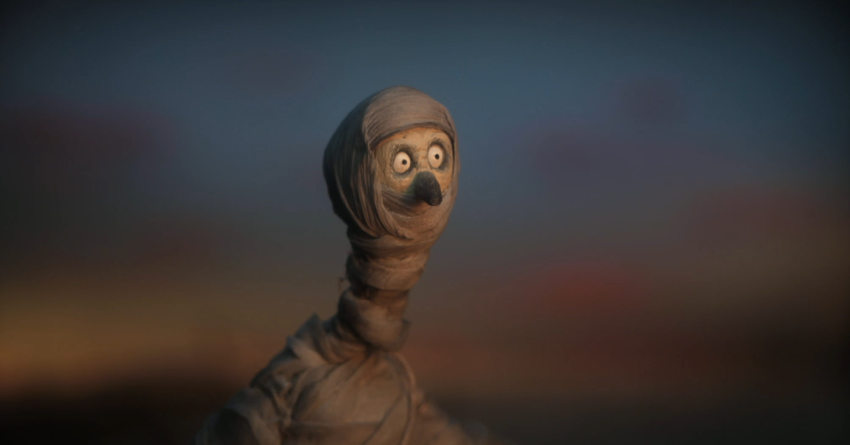 Kukuschka is a bird, who follows the Sun. It seems to her as if she already could touch It, but the Sun is still far away. Suddenly she is not alone anymore, but for two it's even more difficult to keep going so fast. She will reach the Sun, may be tomorrow may be the day after.

Kukuschka means cuckoo on Russian. I left (the) Russian name just because I like how this word sounds. And that she is a person that abandons it's child is understandable from the film. She is a cuckoo, of course, a bird and a human at the same time. She has a lot from a nun or pilgrim, and one can meet this character in Russian classical literature. Her passion for the Sun is almost religious. She is subconsciously, uncontrollably attracted to it. My explanation is – (that) she thinks, that the Sun will not rise if she will not follow it. She may not lose the Sun from her eyes, not for a second, the whole day - night order will be broken if she does – it's her mission. In a way, she is a world saver, so she doesn't know that the sun will do it's circle with her or without.

It took me around two years in total from the Idea till the final film. It was thought to be in stop-motion from the very moment I had an Idea of the film. The Idea came to me in a dream. I clearly saw this particular world in this material and the first scene, where cuckoo is suddenly getting an egg and running with it. This dream atmosphere was easy to recreate in reality and very cheap also. Sets are done out of sand, branches and dirty plastic bags that I collected around the animation studio. The studio was in a pretty dirty area in Moscow.

The bird does not fly, she is a pilgrim and pilgrims are walking. It would be a completely another, more naturalistic film, if she'd fly. It was my intention to make an allegorical film, with a lot of space for viewers for their imagination and interpretations.

After I saw this dream I asked myself: where or what this place can be? And I remembered the sea between Kazakhstan and Uzbekistan that dried up,  and left a fantastic desert landscape with the skeletons of long ago sunken ships behind. It's a beautiful and very sad place. People who lived from fishing lost everything. Nearly all minor characters are constantly occupied by fishing nets in the film. The sea is either somewhere nearby or it was earlier and it has long been gone. 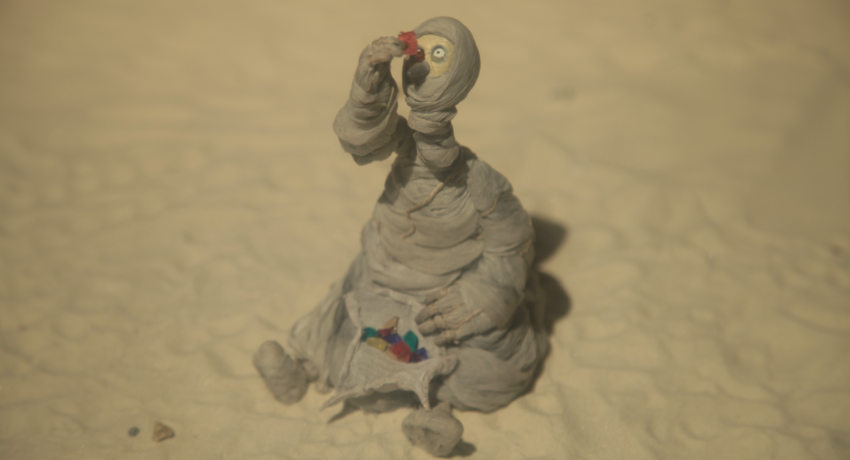 Wind is a very important element not only in this film of mine, but nearly in all films i did as puppet animation so far. I like when the whole picture is alive. The whole screen is in movement. It gives the picture atmosphere. It fills space with invisible air. It was not difficult to make the wind effect as clothes were done specifically for the wind effect. The wind practically animated itself, with animators touch. It was more difficult to animate calm weather, as cloth was moving all the time.

It is my second film about motherhood. The first one ‘About a Mother’ was about an opposite picture of a mother, a self giving, sacrificing mother. It was a film about my own mother. After I made it, I asked myself if this is the picture of motherhood I agree with, if it is it the only way of motherhood. I became a mother when I was only 19. I did not plan to be a mother, it felt like my life did not even start jet and was over already. I just had started to study theater stage design, and I was running between my newborn and my school. I had to drop my cuckoo child with my parents. I am not happy now that i don't remember when my child had his first tooth, but I am happy that i can be an example of a successfully working mom for him and that I have a lot to tell him. And I would be very unhappy if i couldn't do films. Kukuschka is the story of my motherhood.

Film Review (Vassilis Kroustallis):
This is a powerful film in its simplicity and the obsession of its main character, helped with the tantalizing music by Artem Fadeev. Kukuschka looks and feels like the last pilgrim on earth. Its desire to reach the sun (in an environment where wind and dust diminish any clarity of vision) could be her last chance to see things clearly and not just survive, as her fellow members do. In carefully constructed scenes, her egg becomes a child with its own personality, and Kukuschka's own adversary. This battle between personal desire and maternal love is made all the most overwhelming, for everything around Kukuschka is in the state of quiet desperation, with everyday routines looking rather silly in an God-forsaken area. All puppets heavily clothed bring to mind war soldiers, who lost their enemy in the mist, and it's only their protruding beak that helps remind them they once had a purpose. Similarly, Kukuschka is inventive, driven, strong, and finally understanding, and perhaps able to adapt. An expressive film that poignantly brings up the anxiety of being a woman, a mother and a person with dream and desires all at once, and in need to replicate all of those tasks and roles -day by day.

About Dina Velikovskaya
After graduating from animation department of Russian State University of Cinematography (VGIK) in 2011, she continued her studies at High Animation School-Studio “SHAR” (Moscow). During her studies she made two films that brought her international recognition: “My Strange Grandfather”2011 and “About a Mother” 2015. This film and her latest film “Kukuschka”2016 have been screened worldwide and received a lot of awards and nominations. In 2018 Dina Velikovskaya became a member of The Academy of Motion Picture Arts and Sciences.