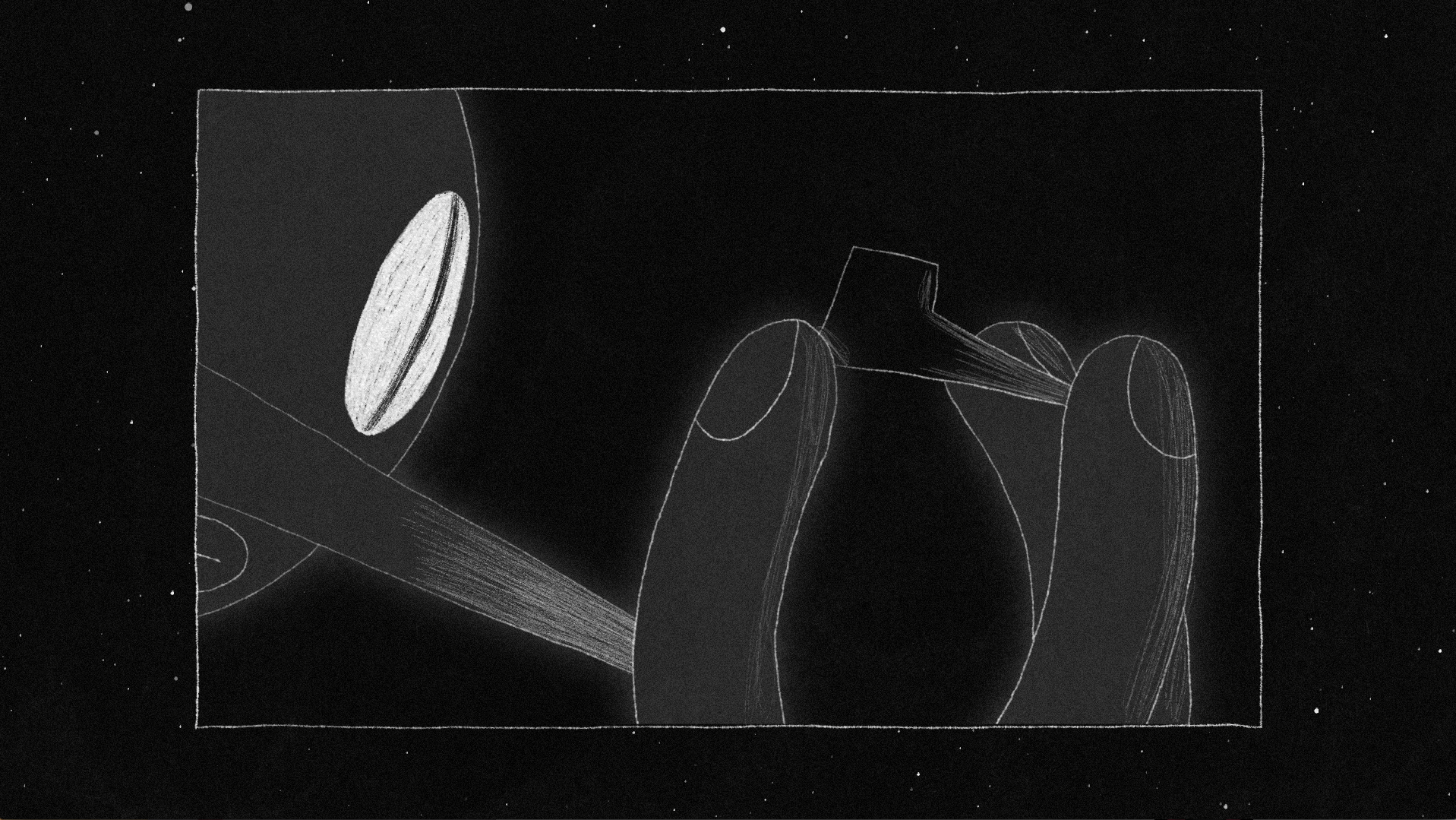 Being in and out of the house and the universe at the same time: Watch Lights by Alessandro Novelli.

A new born light enters the world, but slowly begins to adapt, to fit in, conditioned by expectations, until the light fades away slowly and it's too late to turn back to it's true self.

Partially developed in Tokyo, during his one-month staying in the summer of 2017,  Italian-born Alessandro Novelli of NewGold plays with minimalistic images and sounds in his short Lights.

The concept of the house predominates in the film, both encircling and suffocating at the same time. Both the calculated narrative pace,  the anticipated (but not rushed) body transformations and the masterwork of Simon Smith in sound design and music constitutes in fact the character's adventure more of a lost opportunity than a full-scale drama.

The house is designed to be like a little independent planet. The idea of the character entrance is of someone who comes to life, in this new unknown cozy place we can call "home" -and at the same time (from how we are setting up the world) is the first thing that limits you

I have always done movies that can be described like dramas. In this case, I wanted to add some funny moments (like the way the character dresses), to make the movie easier to watch and to digest - even if at the end it's supposed that the character dies without accomplishing what he wanted to do or keeping being his self. The most difficult part was keeping the movie "light", and at the same time respecting the heaviness of the topic, and the ending tragedy (even if metaphoric) - Alessandro Novelli

Alessandro Novelli's designer background helps him have a 'less-is-more' approach in his films.

Every detail has its own sense, there is not just "graphic", but everything has a purpose. If something is not really necessary from the images I'm creating, and doesn't give anything more to the narrative, I rather exclude it, and play with b/w. The space (deep space, stars, etc) I feel is a world of possibilities, is the last frontier, where everything can be; in my mind, is something really powerful because it is the unknown. I like to introduce it in my films, in order both to confuse the audience and give different meanings to the images.

Lights makes a fine case of lost possibilities in the absence of ordinary banal communication (watch the phone never answered), and of a character  being clothed of things he does not really need in order to wander in space.

Alessandro Novelli graduated in Italy, and started working both in the USA and Europe as a designer and animator. He opened his own animation and advertising company Newgold in Oporto, Portugal in 2012. In 2015 he directed and animated with his team The Guardian, which premiered at Annecy International FIlm Festival. He premiered his second festival short, Contact in 2017. The short Lights was developed in-between commercials. He is currently developing his new short, Birds & Shells. 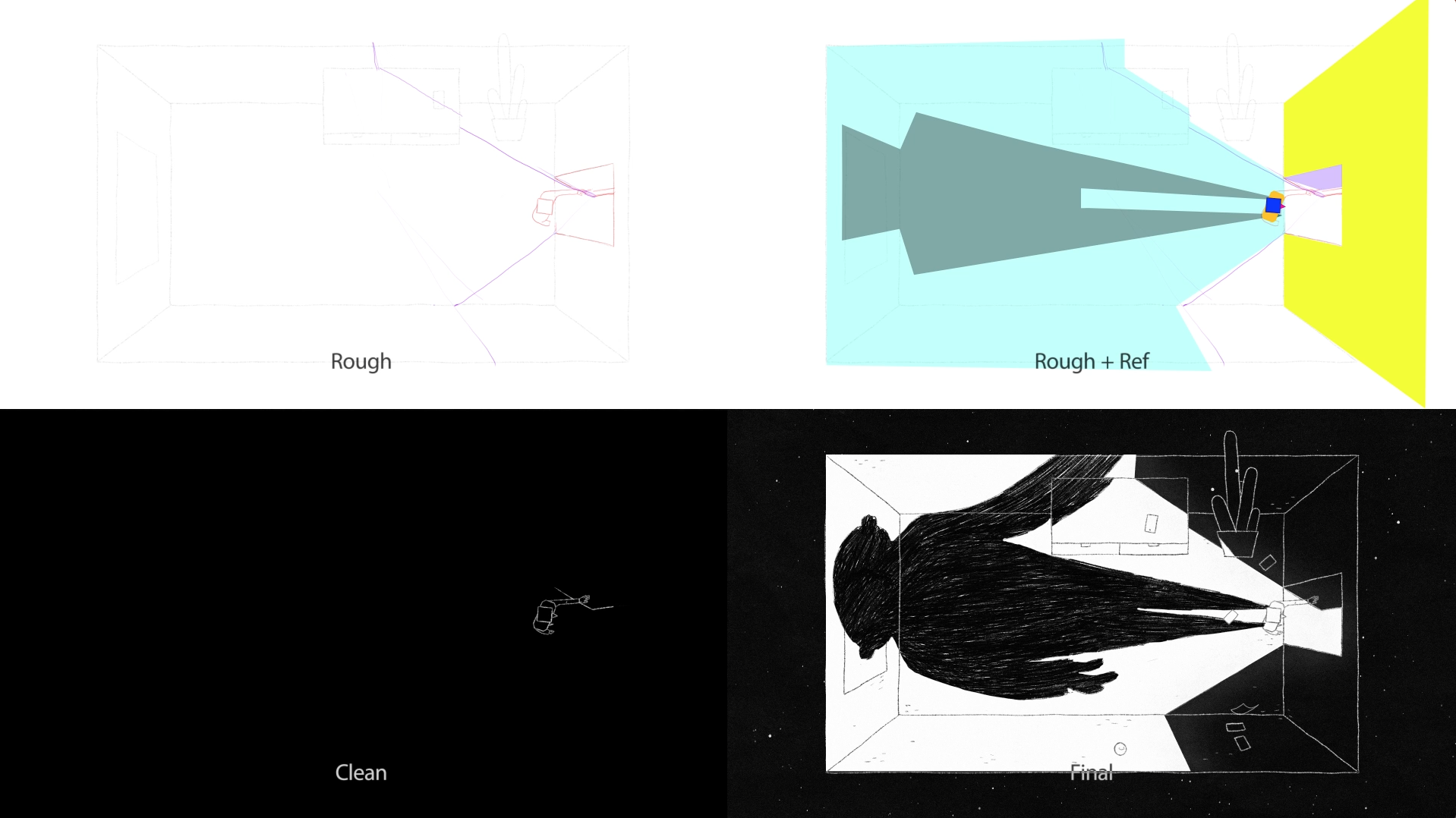