The short film 'Luce and the Rock' directed by Belgian director Britt Raes is selected in the Generation KPlus section of Berlin Film Festival, the film's world premiere. This competition programme which brings together fiction, documentary and animation screens "state-of-the-art international cinema", through a selection of films that "in their narratives and cinematic languages, take young people seriously".

Luce lives a happy life in a peaceful little village, together with Mom and the Villagers. Every day is the same, and that’s  the way everyone likes it. The only thing that scares Luce is the dark – but luckily her little lightsticks keep her safe! One day a giant Rock Creature disturbs the quiet life in the village. He destroys all the houses including Luce’s! Luce is angry and determined to take the Rock Creature back to his home. But the Rock might have more in common with Luce than she first thought -Film Synopsis

Britt and I started working together on the development of the film in 2018, and it's an amazing recognition for her and for the whole team to see it selected in Berlin today. The Berlinale describes Generation as a section that celebrates films that 'open doors to unfamiliar worlds' and we could not imagine a more beautiful world premiere for Luce and the Rock -Perrine Gauthier, film producer (also founder of La Cabane and partner of Thuristar).

Watch Luce and the Rock trailer:

'Luce and the Rock' is a 2D animation short film co-produced by Thuristar (Belgium), La Cabane Productions (France) and Studio Pupil (The Netherlands), in co-production with VRT-Ketnet and RTBF, with the participation of France Télévisions/Okoo in France. The short will air on these channels in the Spring 2022.

;Luce and the Rock' is Britt Raes’ second short film, who in 2016 wrote and directed  'Catherine', a short that was selected in over 150 festivals (Les Arcs, SXSW, BFI, Melbourne etc.) and awarded in Hiroshima, New York, Tokyo, Anima and more.

The film's music is composed by Bram Meindersma, who is also the composer of 'Negative Space' by Max Porter and Ru Kuwuhata (nominated for an Oscar in 2017), 'This Magnificent Cake!' by Marc James Roels and Emma de Swaef, and 'The External World' by David O'Reilly (selected at Venice and Sundance in 2010).
The film has also been  selected for Anima Brussels (in the "Short films for young audiences" category), with other festivals to follow. 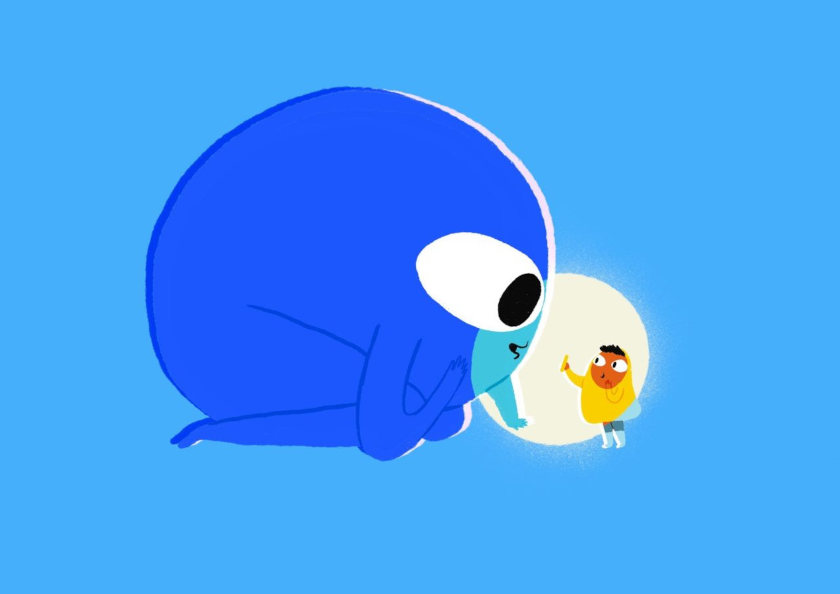 Technique : 2D animation |  Written and directed by Britt Raes | Music by Bram Meindersma | Produced by Perrine Gauthier | Coproduced by Thuristar, La Cabane and Studio Pupil | In coproduction with VRT-Ketnet and RTBFK | With the participation of France Télévisions | International distribution and festivals : Miyu Distribution | With the support of the VAF/Film Fund, the Netherlands  Film Fund and the Tax Shelter of the Belgian Federal Government via Scope Invest | This project benefited from a residency at at L’Enclume with the support of the SACD and Copie Privée