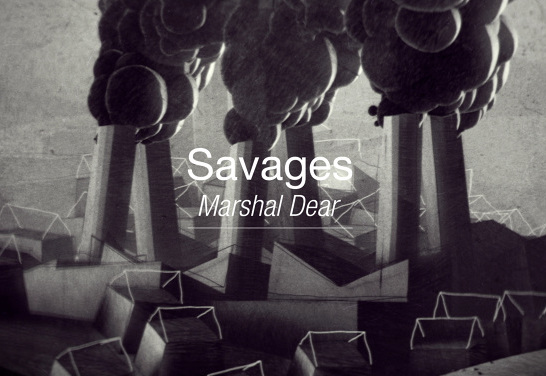 The official music video for 'Marshal Dear' by the post-punk UK group Savages  is animated by Gergely Wootsch (additional animation by Rosanna Wan) with a clear attention to the contrast between light and dark. A haunting (but not miserable) European sense of loss and a geometrically-aligned war environment permeates the animated film -which does not shy away from using an explosion of colors when needed.

Gergely Wootsch is a Hungarian-born, London-based animator. Savages is a Beakus production.