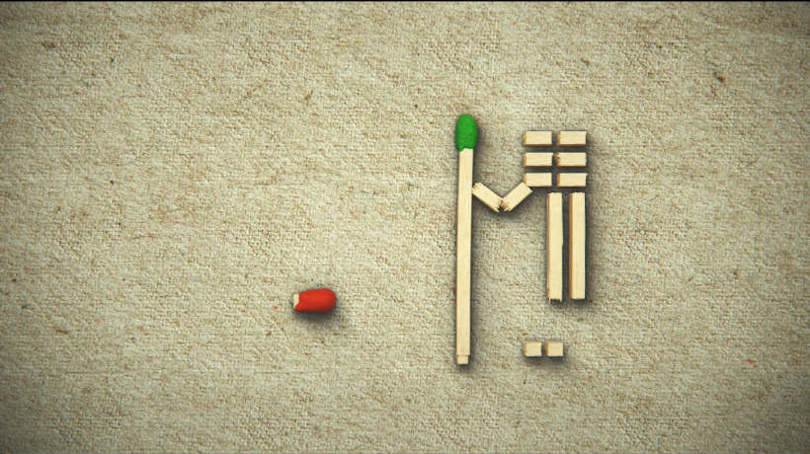 In Matches, a story of a boy and his dreams and fears are explored in eloquent stop-motion object animation, with reminiscences of a darker reality.

While playing with his colorful matchsticks, a little boy is talking about his dreams, fears and hopes.. - Synopsis

Director Géza M. Tóth states that "to look at the world through the eyes of a child is so simple, and such a universal experience". It is also very informative, very poignant and highly educational. Matches starts and ends with its protagonist  L.S. in an empty street, playing with a set of matches (face not shown). Bringing into our foreground all our notions of Hans Christian Andersen and his Match Girl, the animation short nevertheless does not look for pity, but playful involvement.

The audience is here invited both to hear -about the games grown-ups play (football, billiard sports and more dangerous games)- and look at the meticulously arranged and endlessly re-arranged matches figures. M. Tóth knows how to orchestrate things and use surprise as a narrative card trick for good measure; he did it in the Oscar-nominated Maestro; he does it again here when he suddenly presents violent situations out of perfectly ordinary preceding dialogue.

The truth is all in the games people play, and his matches are restless, most of the times obeying the narration, and need to be accommodated into different backgrounds -which still won't define them. You can certainly feel both the joy and the danger alternating from one scene to the other, as if there were two sides of the same coin.

L.S. himself has an irresistible voice-over intonation; his voice fluctuations with its ups and downs go hand-in-hand with the animation, whereas musical references adorn the piece with heroic places and events -survival itself is an act of heroism here. Matches is rich, playful, calculating and still inventive -but also very suggestive of a reality which kicks off when these matches are lit. 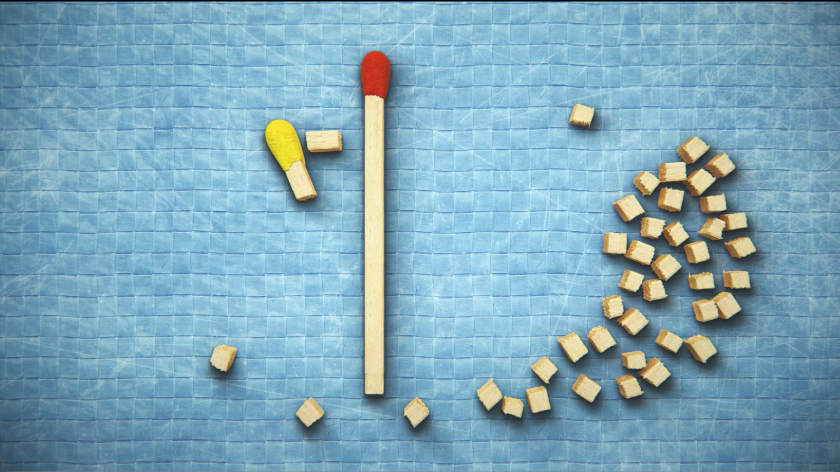 GÉZA M. TÓTH is an awarded film director, university professor, founder and leader of the KEDD Animation Studio, a member of the Academy of Motion Picture Arts and Sciences, and the International Academy of Television Arts and Sciences. His animation film, MAESTRO was nominated to the Academy Awards in 2007 in the Best Animated Short Film category. He is a multifarious artist, works in a huge palette of the arts: director of short films (ex: Icar, MAESTRO, ERGO, MAMA), experimental art projects (ex: Nibelungen, The Miraculous Mandarin, The Blubeard’s Castle) and animation tv series (ex: Berry and Dolly, Heap of Kufli).

Géza M. Tóth is the founder and leader of KEDD Animation Studio. In the KEDD Studio they produce popular creative series for kids and individual short films. KEDD’s films participated at international festivals worldwide. Apart from Academy Award nominee MAESTRO, KEDD’s productions were recognized with more than 100 prizes. In addition to the production and development of individual animated films and children's series in the studio, the company sells films on the largest film platforms as a distributor. KEDD is the largest children content supplier to all kinds of content providers (TV channels etc.). The studio makes its own-produced and distributed children’s content continuously available on KEDDnetwork’s YouTube channel, which is one of the biggest channels in Hungary. They also have a merchandising department, in Kedd’s webshop they sell all kinds of animation related products.