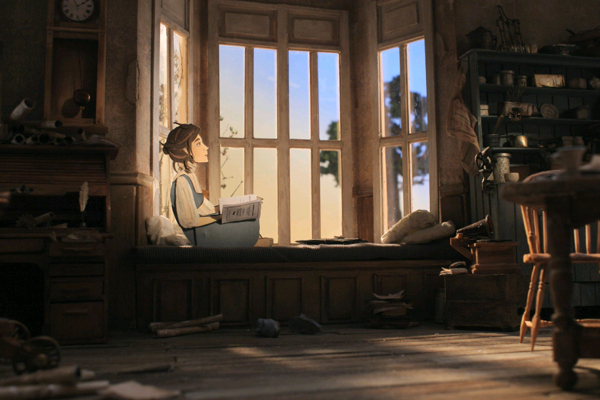 "Miss Todd" is a short, stop-motion, musical animation about the first woman in the world to build and design an airplane in 1909. The film was made at the National Film and Television School in England and is inspired by E. Lilian Todd.

Director Kristina Yee does her own singing in this cut-out short, whose narrative and characters are clearly influenced by 90s Disney musicals and heroines (think of the fearless and inquiring Belle in Beauty and the Beast for a start) .

But more than this, the animation technique  of Miss Todd lovingly captures the difficulties involved in making hand made stuff, whether it is a plane, animated short or simply knowledge outside of the university establishment - a place forbidden to women of the time.

In 2013, 'Miss Todd' won a gold medal at the Student Academy Awards in the Foreign Film Category, the first animated film to ever win in this category in the 40 years of the awards. Learn more about the story behind Miss Todd and the making of the film:

The book Miss Todd and her Wonderful Flying Maching by Kristina Yee and Frances Poletti is now available via Amazon.