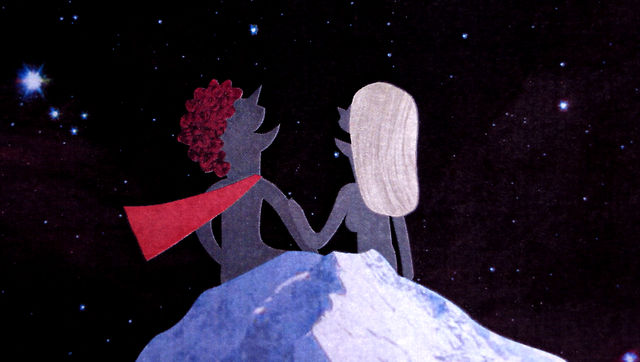 My Face Is In Space by Tom Jobbins

Tom Jobbins, a graduate of National Film and Television School (UK) looks back to the 1977 event of sending a Golden Record into space.

The sci-fi romantic story is set in 1977, when NASA sent a Golden Record into space. It encapsulated the greatest achievements of humanity, and included photographs of its species. One of these photos is of Larry, he hopes this will propel him to the status of Earth Ambassador.

My Face Is In Space has an eclectic mix of techniques, just like the various NASA specimens sent into space. It shares the philosophical sensitivity of a Don Hertzfeldt film, as well as the continuous dialogue between live-action and animation.

Larry's troubles begin when he starts mixing his Earthly life with dreams about the Milky Way. But thankfully, no down-to-earth mental problems result. Larry will always be in between, and this is a charming way to reflect on the human condition.

This is Tom Jobbins' graduation work. Follow him on Vimeo