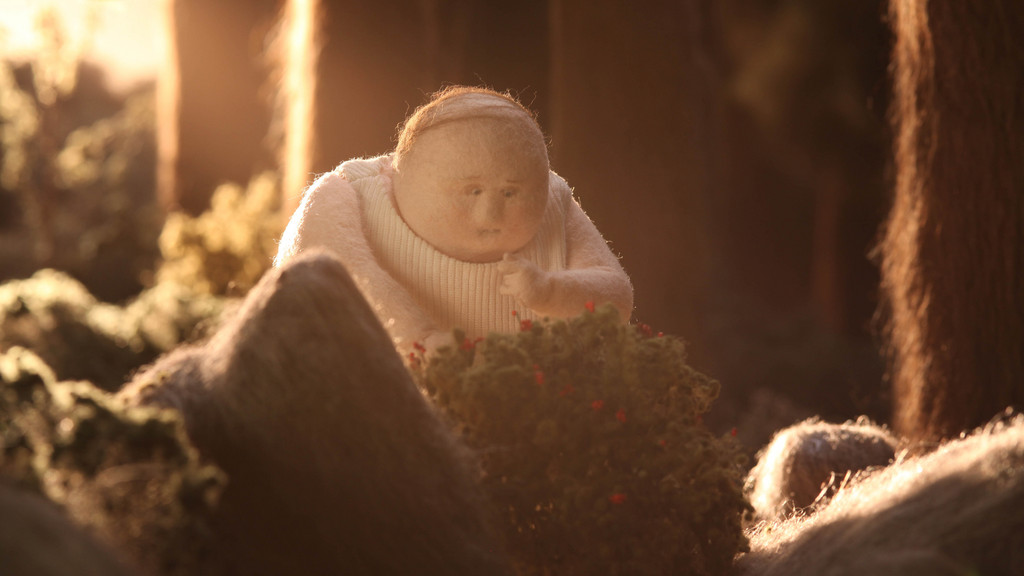 The fact that it was not even nominated for an Academy Award is a scandal in itself.

The César-nominated film by Emma de Swaef and Marc James Roels  Oh, Willy... tells the story of a fifty-something Willy, who  returns to the naturist community where he has spent his youth to visit his dying mother.

When she dies shortly after he arrives, Willy is confronted with the choices he made in his life. In confused sadness he flees away into the forest.

Wool and textiles for Oh, Willy.. are not the signs of something warm and cosy, but part of your inner skin. It is the way subconscious desires are expressed: remorse, anger, defeat, elation alternate in a marvellous, laid-down narrative arc.

Far from being described as a dark comedy, the film succeeds as a longing to connect with the most unspeakable (but powerful)  needs.

Willy makes a journey of self-discovery, which presents its most horrific elements under the warm sunlight of forests and nudist colonies.