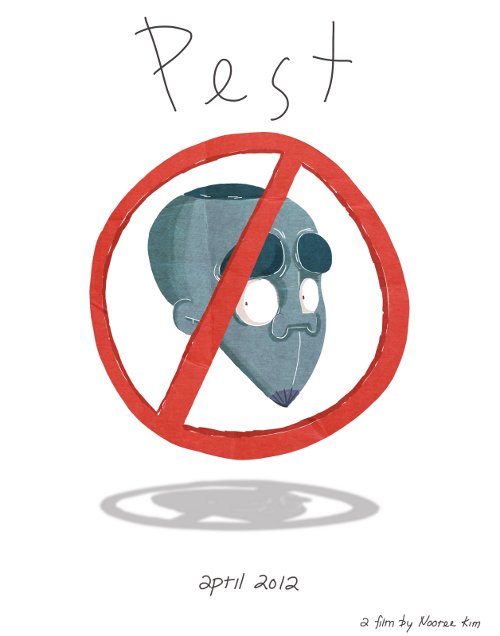 Noore Kim is a 4th year student of animation at Sheridan College, Toronto. Her film Pest has been selected to compete at the 3rd Student Animation Festival, organized by Cartoon Brew.

According to her own words, Pest is "such an impish character, it was only right that he should think that he is in charge of most of the situations that he gets into, up until the point where he gets what he deserves."