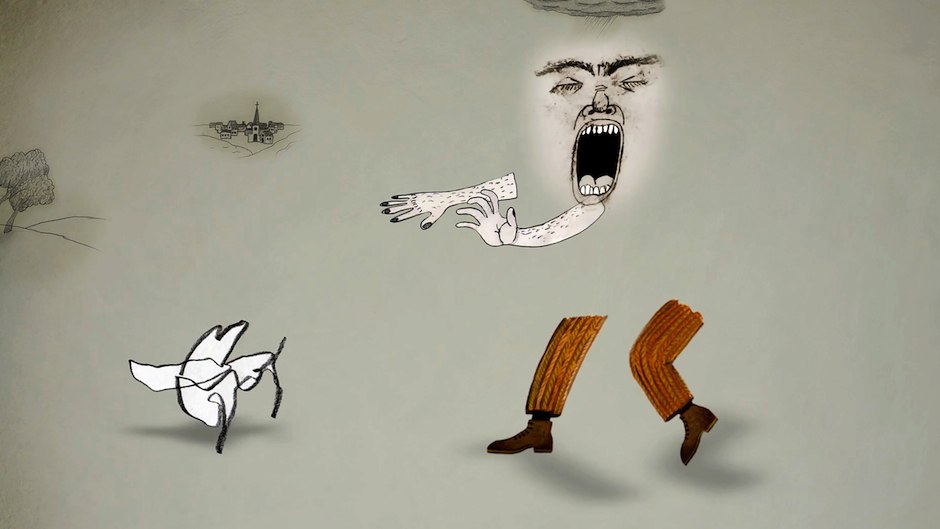 In Pig, the synopsis has only the bare description of the pig is everything, but its imagery is captivating:

Guilt, confrontation with both visual metamorphosis and written words are only some of the means that Subotnick uses to structure a space initially empty - to be filled by the human remorse and a frantic activity to avoid the inevitable.

The vast repertoire of squeaks (by Joel Frenzer) intensifies the angst before the final, pig ascension to heaven.

Steven Subotnick is an independent animator. He is currently teaching animation at Rhode Island School of Design, Massachusetts College of Art and Design, and Brown University.