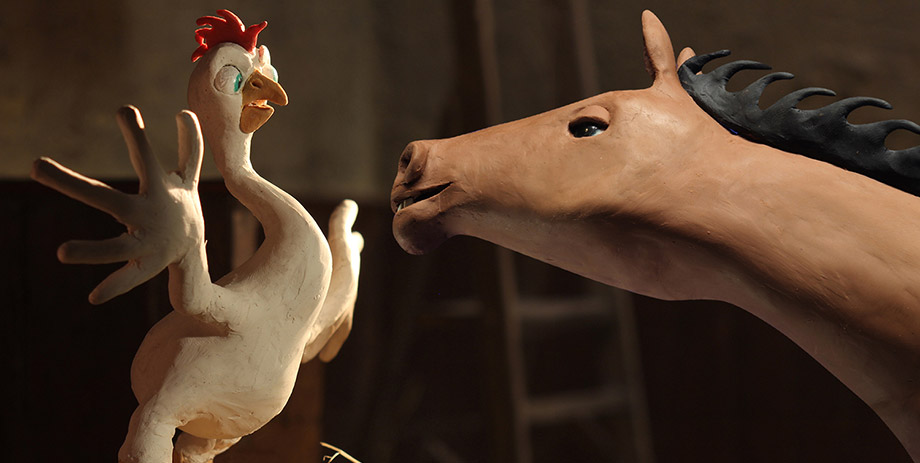 Kasia Nalewajka knows how to play with puppets and concept roles. Watch her Pineapple Calamari.

Pineapple Calamari is a little horse who dreams of becoming a racing champion. He is taken care of by two sisters, who share a very special connection. When tragedy befalls this happy family, their social life takes a dramatic turn into the unexpected.

Having grabbed the Best Short Animation at the 2014 Sitges Fantastic Film Festival, Pineapple Calamari  by Kasia Nalewajka is more homely than it sounds. Yes, it shares the grotesque plot of the Triplets of Belleville (watch for those frogs), but its main sister duo are more sympathetic and surrely less sinister than the similar couple in The Pearce Sisters.

What Pineapple Calamari proposes is that an exchange of roles (including cross-dressing with perfectly made-to-wear garments) is never substitute for a loss. It can only be conceived as a joke and nothing more.

Kasia Nalewajka is a Warsaw-born, London-based artist. The short was made at NTFS (London, UK) as part of her postgruaduate studies.